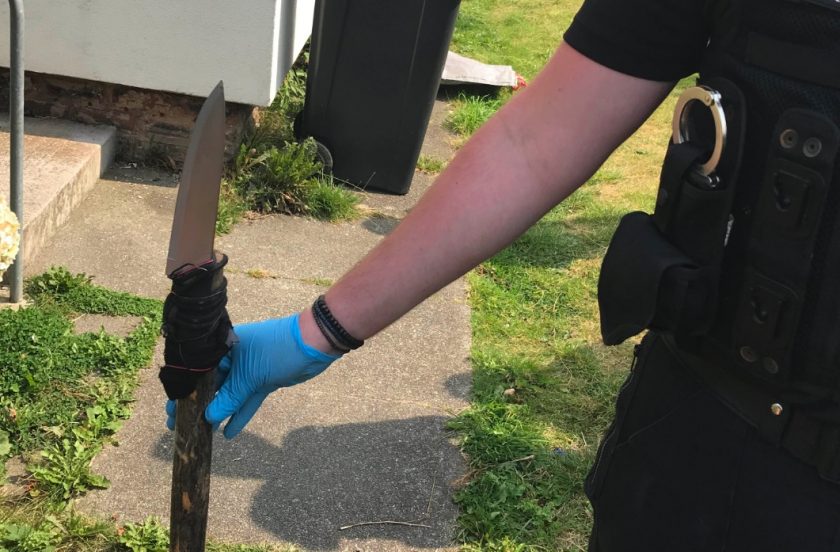 North Wales Police have shared a photograph on social media of makeshift weapon officers seized during a drugs raid in Connah’s Quay.
The photo shows a large bladed kitchen knife which has been strapped to wooden pole.
The post, on the forces North Flintshire Facebook page says: “We executed a county lines warrant in the Quay and recovered this makeshift weapon from an address.
It’s not just class A drugs the cross our borders.  We’re committed to tackling all the associated violence.”
Officers from the Cheshire and North Wales Alliance Armed Policing Unit have praised colleagues after a person carrying a 24-inch long machete was arrested on Saturday.

According to a brief update on social media by the armed police team, a police dog unit, roads policing and local officers were also involved in the arrest.

It’s understood a person was detained in the Deeside area. 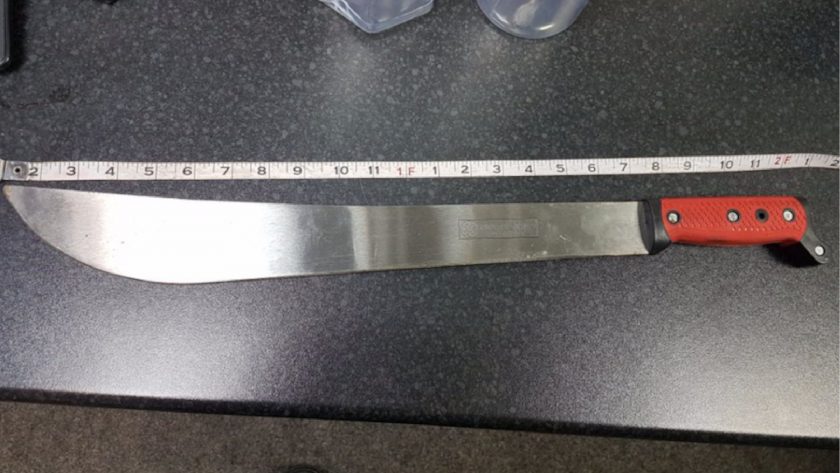 Any any information about drugs or weapons can be passed to police direct via the web live chat http://www.north-wales.police.uk/contact/chat-support.aspx or by phoning 101.