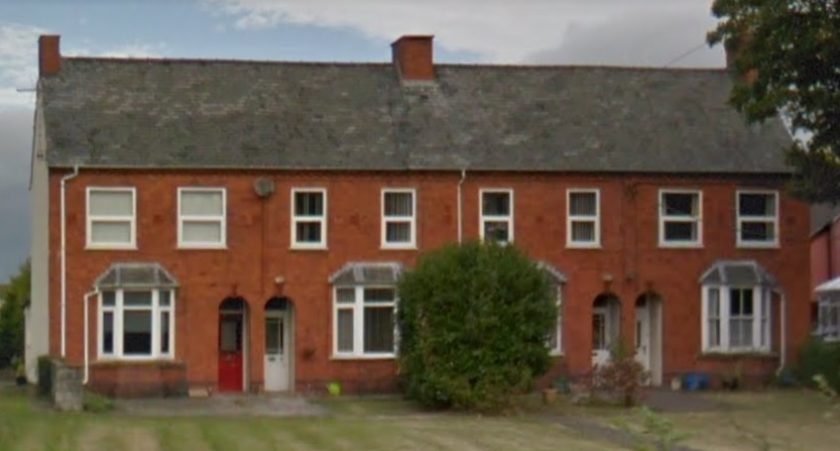 Plans to demolish a row of Victorian terraced houses in Buckley have been approved by a narrow margin.

It comes despite a warning that knocking down the block of four homes, known locally as Jubilee Villas, would result in the destruction of part of the town’s history.

Councillors met via a video conference yesterday to discuss an application which could see up to 12 new properties built at the site off Mold Road.

A total of 22 objections were submitted against the scheme ahead of the virtual meeting, with concerns raised over the loss of the old buildings, as well as the potential increase in traffic.

However, a small majority of members on Flintshire Council’s planning committee voted to back the proposals after opinions were split.

Speaking at the start of proceedings, Gwernymynydd councillor Kevin Hughes highlighted that the existing houses did not have any legal protection against being removed.

He said: “We’re being asked today whether we agree with the principle of development at this site.

“I think it’s quite clear from the report that we can agree with the principle.

“As long as they’re recorded then there’s no reason why they shouldn’t be developed.”

The plans were recommended for approval by the local authority’s chief planning officer.

But local councillors also voiced their opposition over the scale of the development.

Buckley Bistre representative Richard Jones said: “When you make up a town like Buckley, we’ve got a lot of historical buildings.

“They may not be protected in any way, but they’re part of the infrastructure of the town and part of what makes it Buckley.

“The more you take these things away and replace them with 12 detached or semi detached properties, that doesn’t add to the character of the town.”

His views were echoed by Cllr Owen Thomas, who also expressed reservations about the loss of the houses.

The Clwyd Powys Archaeological Trust has also requested a building survey before the redevelopment goes ahead.

Cllr Thomas said: “Buckley has a big history going back hundreds of years and a lot of the houses have character and design of the time. Here we are going to destroy them.

“It would be okay to destroy these, as long as they took back the features in these properties into the new properties.

“Instead of that, all we get is some square boxes with no character at all. We’re destroying the history of Buckley.”

There was some confusion during the meeting over whether councillors were agreeing to the demolition of the houses or not by approving the scheme.

Officers clarified that a more detailed reserved matters application would have to come forward before work to remove them could begin.

Before moving to the vote, Cllr Chris Bithell, cabinet member for planning, said he could see no reason to stop the plans from going ahead.

“But basically, in planning and legal terms, because there’s no protection afforded to these particular properties, there’s no reason why they cannot be demolished.

“That may go against the grain with us as local members and residents of these towns, but legally there’s nothing to prevent it.”

The proposals were backed by eleven votes to ten at the end of the debate.