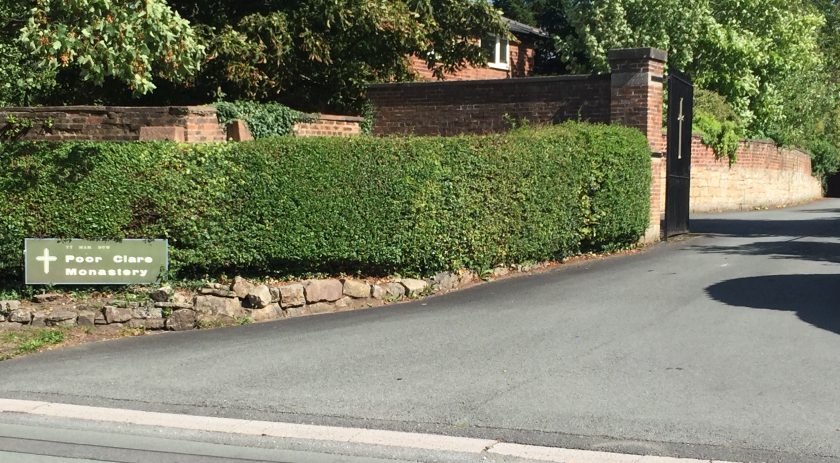 Plans to demolish a monastery in Hawarden to make way for houses have been given the go ahead on appeal.

It comes despite the proposals by Eccleston Homes to knock down the Poor Clare Colettine Monastery being rejected by councillors at the end of last year.

The application was originally submitted after a community of nuns based in the village for more than 90 years decided to relocate to Nottingham because of mounting maintenance costs.

The developer’s proposals to create 15 detached houses at the green barrier site on Upper Aston Hall Lane were recommended for approval by Flintshire Council officers.

But planning committee members sided with the local community, who opposed the scheme amid concerns it would harm birds and other wildlife.

Their decision to refuse the application has now been overturned after an appeal was submitted to the Planning Inspectorate.

Inspector Anthony Thickett acknowledged it would normally be seen as an inappropriate development due to the location, but said it was unlikely the buildings could be put to another use.

In a report, he said: “The appeal site lies outside a settlement boundary and within a green barrier.

“The proposed development constitutes inappropriate development in a green barrier which is, by definition, harmful.

“Nevertheless, the reduction in built form will improve openness and the development would not conflict with a purpose of the green barrier which is to prevent the coalescence of settlements.

“The site is brownfield and it is in a sustainable location.

“For the reasons given above and having regard to all matters raised, I consider that these considerations combine to constitute very exceptional circumstances and justify allowing this appeal and granting planning permission.”

Agents acting on behalf of the housing company previously said the money raised by the plans would help the nuns to redevelop their new base in the Midlands.

They added it had become difficult for the community of sisters to maintain the large monastery building and its grounds.

Mr Thickett concluded the appeal should be allowed as he felt the development was necessary to ensure the site was not left unused.