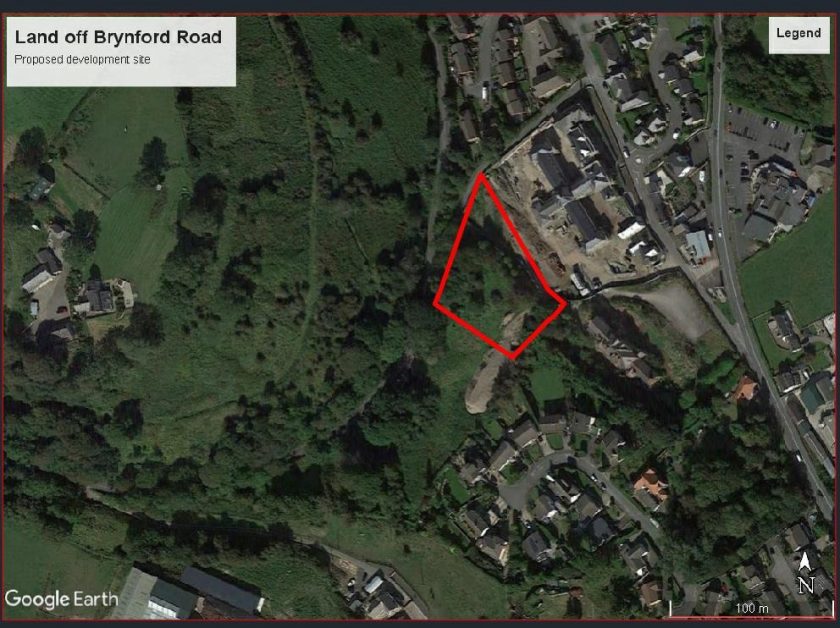 Plans have been entered for 12 more houses close to the site of a former Flintshire hospital.

Permission has already been granted for almost 120 new homes in and around the old Lluesty Hospital in Holywell as part of two separate schemes.

It comes after most of the 19th century property fell into a state of disrepair following incidents of theft and arson since it closed in 2008.

An application has now been submitted to develop an area of land close to the grade II listed former workhouse building, which is being converted into apartments.

Agents acting on behalf of applicants Old Holywell Limited said: “The site is located on a north-east facing slope to the south west of the former Lluesty Hospital west of Old Chester Road.

“The site is dominated by a grade II listed former workhouse building to the east (Old Chester Road) site.

“The east of the site rises steeply towards Brynford Road. There is currently restoration and development work within the area around the workhouse building.

“The client proposes further housing within the grounds to the west of the development with each dwelling house is provided with private front and rear grounds.

“A new access is proposed off Brynford Road. Sufficient parking, bin storage areas and minor artefacts are included within the scheme.”

Plans to build a total of 42 apartments through the refurbishment of the existing buildings, including the workhouse, were approved by councillors in October 2019.

The proposals also included the construction of 20 houses and a new-build block of 27 apartments in the surrounding grounds.

An application to turn the infirmary wing into 14 apartments has also received the green light, as well as for 15 houses to be built nearby.

Comments on the latest plans are currently being invited via the Flintshire Council website with a decision expected at a later date.