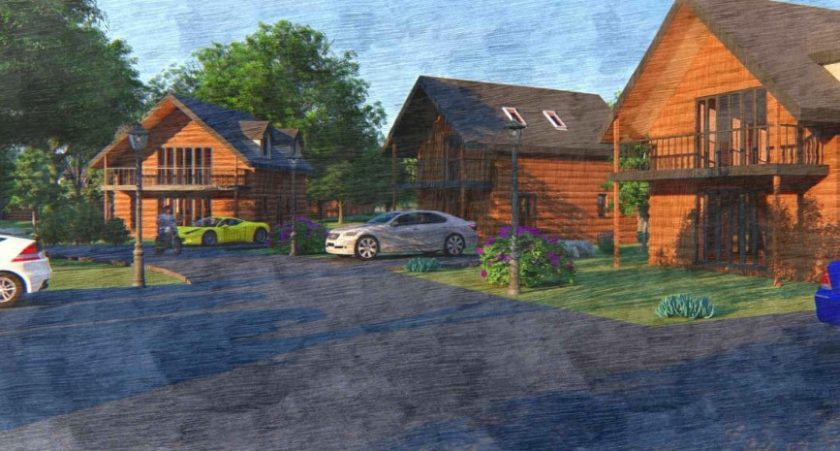 Plans to create a holiday park in part of Flintshire which it’s claimed could help to boost the area’s economy look set to be rejected.

Permission was granted for a hotel with almost 200 bedrooms on the same site 20 years ago as part of a wider scheme, which included houses and offices.

Builders J&T Gizzi Limited put forward a new application in June which they said could create up to six full-time job.

Planning documents submitted to Flintshire Council by JPH Architects said: “The applicant has held the land for a number of years but does not feel that a 198-bed hotel would be viable in this location.”

Lodge parks are growing in popularity and the idea of having a lodge park within close proximity to a golf course is one which has seen companies, such as Darwin Escapes, thrive in recent years.

The most important factor for such a proposal would be to allow the proposed development to explore its place in the market and establish itself as a “year-round” tourism park.

This in turn could create a place that would attract all manner of tourists to the development and the wider country park, such as golfers, hikers, cyclists, people that enjoy outdoor recreation or activity and those who want periodic lifestyle changes or experiences.” 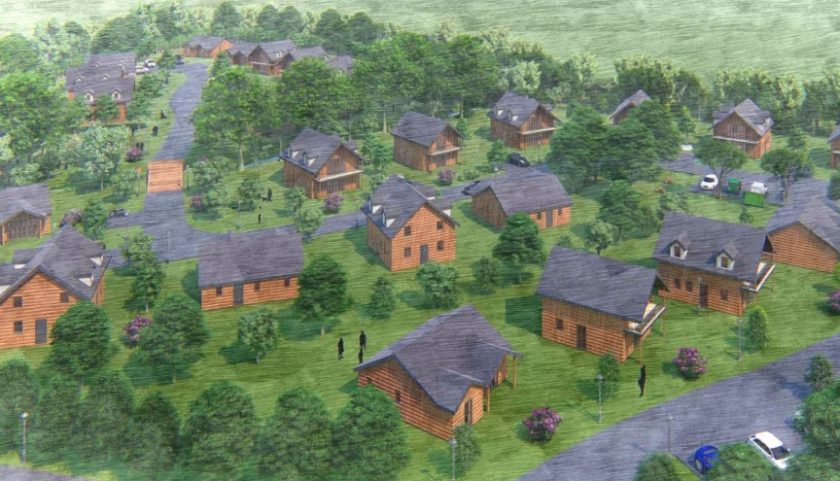 A senior official from Flintshire Council has now recommended that permission should be refused.

In a report, the local authority’s chief planning officer said the proposal would be an undesirable form of development, which by “virtue of its scale and siting” would be at odds with the surrounding rural character.

Andrew Farrow, said: “The proposal would result in an absolute change to a currently undeveloped area of land resulting in a significant expansion of built form into the countryside replica of an isolated modern housing estate.

As such the proposal would be harmful to the character and appearance of the immediate and surrounding area.”

He said the proposed development will have an “adverse impact” upon the zone of essential setting of the Grade II Listed Soughton Hall Historic Park and Garden.

“It is considered that the proposed holiday lodge accommodation would be incongruous to the historical character and essential setting of the historic garden.“

“Whilst opportunities to promote tourism are welcomed, and this includes the benefits this has on the local economy and employment, the location, type and scale of tourist accommodation needs to be appropriate to the characteristics of the site and locality.” Added Mr Farrow.

The Local Planning Authority said it has also been advised that there is “insufficient information in relation to ecology matters concerning the protection of Great Crested Newt (GCN) populations.”

“In the absence of further surveys and long-term compensation and mitigation, it has not been demonstrated that the proposed development will not be detrimental to the maintenance of the favourable conservation status of GCN.” Said Mr Farrow.

Nearly 30 letters of objection were received by the planning authority which include concerns the proposed development would not be keeping with local area, “the impact on the character and appearance of the Country Park” and “no demand for resort style holiday resorts.”

The Welsh Historic Gardens Trust said the lodges would have the “appearance of a suburban housing estate which if permitted would add to the uncoordinated appearance of the park and objects to the proposed development “due to its location within the essential setting of Soughton Hall.”

The proposals will be decided at a meeting being held at Flintshire planning committee meeting next Wednesday.