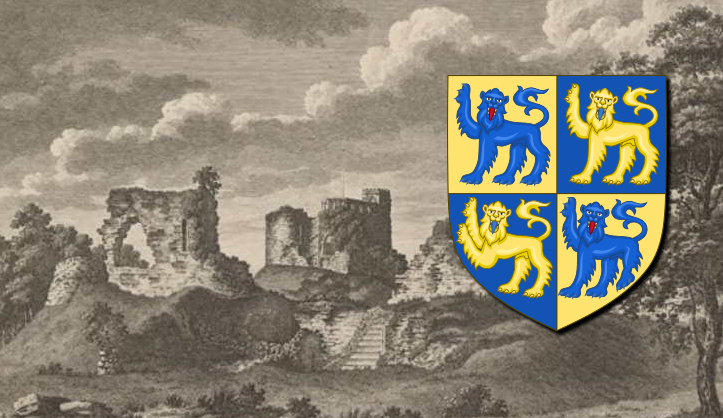 Today is Palm Sunday, the Christian ‘moveable feast‘ that falls on the Sunday before Easter and commemorates Jesus’ triumphal entry into Jerusalem.

On Palm Sunday 1282 Dafydd ap Gruffydd attacked Hawarden Castle, in so doing, he ignited a conflict that would result in the subjugation of Wales by Edward I and the loss of Welsh independence.

A history of the background to Dafydd’s decision to attack Hawarden and the subsequent consequences of his actions as posted by From a post by facebook.com/TheHistoryOfWales

1241 – Dafydd is recorded as having been handed over as a hostage to Henry III of England.

1255 – Dafydd joined in a challenge to the rule of his brother Llywelyn. Llywelyn imprisoned Dafydd but released him and restored him to favour the following year.

1267 – At the Treaty of Montgomery, Llywelyn was recognised as Prince of Wales by King Henry and Dafydd was again restored to Llywelyn’s favour.

1272 – Henry III died and was replaced on the throne by his son Edward I.

1274 – Dafydd was involved in an unsuccessful assassination attempt on Llywelyn and forced to flee to England where he was maintained by King Edward I.

1275 – Llywelyn refused to pay homage to Edward I at Chester.

1276 – Edward declared Llywelyn a rebel and gathered a massive army to march against him.

1277 – The Treaty of Aberconwy was the result of Edward, supported by Dafydd and Gruffydd ap Gwenwynwyn, marching into Wales and taking possession of the harvest in Anglesey, which forced Llywelyn to seek terms. The treaty guaranteed peace in Gwynedd in return for Llywelyn confining his authority to Gwynedd Uwch Conwy and acknowledging the English king as his sovereign.

1282- Dafydd returned to the Welsh cause. He attacked the English at Hawarden Castle and at Rhuddlan. He captured and burned Aberystwyth Castle and open rebellion broke out in Ystrad Tywi. Llywelyn, in grief at the loss of Eleanor, who had died shortly after giving birth to their daughter Gwenllian, felt that the Welsh were ill-prepared, but felt obliged, to support his brother. Edward’s forces captured Gwynedd Is Conwy and Anglesey but were heavily defeated in the Battle of Moel y Don. This encouraged Llywelyn to rally support in mid and south Wales, but he was killed on 11th December at the Battle of Orewin Bridge near Builth Wells. Dafydd was now on the run.

1283 (22nd June) – Dafydd was captured along with his wife Elizabeth, their seven daughters and Llywelyn’s daughter, Gwenllian.

1283 (3rd October) – Dafydd was executed, with Edward ensuring that his death was slow and agonising.

The history of Hawarden Castle: castlesfortsbattles.co.uk