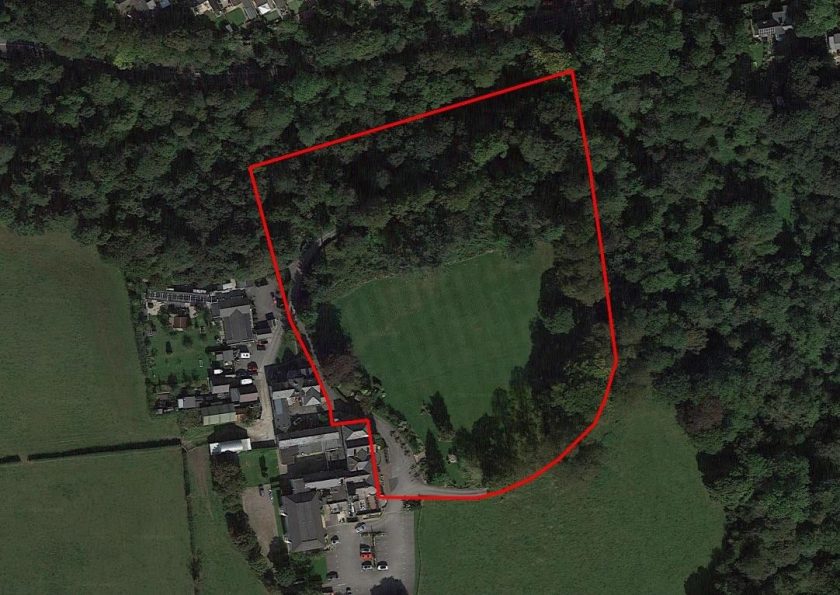 The owner of a Flintshire hotel is aiming to boost business by installing glamping pods within the grounds.

According to planning documents put forward to Flintshire Council, each of them would have a decking area and hot tub and could contribute more than £100,000 to the area’s economy every year.

Mr McMahon took on the hotel in Northop Hall in 2017 when it was said to be making a loss.

Since then, he has invested £500,000 in renovating the property, including the accommodation, kitchen, restaurant and gardens.

A statement accompanying the proposals states that the improvements have delivered a 20 per cent increase in occupancy rates, while revenue from the restaurant has doubled.

Consultants acting on his behalf said he now wants to grow the business further by attracting more visitors.

Representatives from real estate company Savills said: “To continue this undertaking and sustain the increase in revenue that the investment is creating, the subject proposals have been put forward to provide a luxury and more unusual offering to complement the wider hotel use and attract more customers.

“Glamping developments attract a range of different consumers, in particular those looking for an experience with a difference, which is what this proposal will offer once complete.

“This development, although small-scale, will have many economic benefits for both the hotel itself and for the local economy within the wider area of Northop Hall and Flintshire.”

They added: “It is proposed that the glamping pods will be operated on a 12 month, year-round holiday season in conjunction with the use of the hotel, meaning that there will be 365 days a year where the pods can potentially be creating income into the local economy.

“Using the data provided in the report and basing this upon a conservative average occupancy level of 35 per cent across the year, each pod will create around £12,136 into the local economy per year through on- and off-site spend, totalling £109,226 for the full development of nine pods.”

The document states measures would be taken to ensure vistors don’t create excessive noise or disturbance to neighbours.

A curfew will be put in place restricting use of the external facilities outside of the hours of 8am-10pm.

The consultants said it would be enforced by an automated restriction on power supply to the hot tubs and also by security sweeps of the area by hotel management.

Planners are aiming to make a decision on the scheme by early July, although timescales are currently impacted by the coronavirus outbreak.

Wales’ next steps out of lockdown will be officially announced today


Tweets by Deesidedotcom
Friday May 14th 2:54