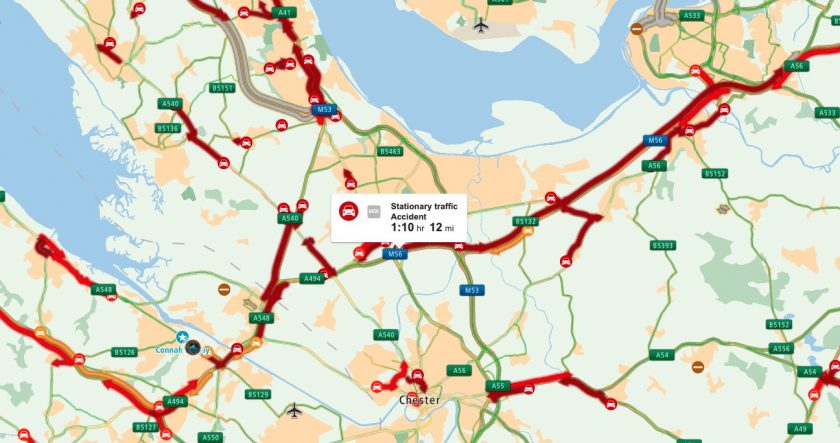 Update: Severe delays and queueing traffic due to earlier accident on M56 Eastbound from J12 A557 (Runcorn) to J11 A56 Chester Road (Preston Brook).

Lane one (of three) was closed until around 16:15. Traffic not helped by traffic seeking alternative routes following a closure on the M53 between junctions 4 and 5.

Travel time is around 40 minute. All lanes have been re-opened.

Earlier report: There are reports of long delays on the M56 heading away from Deeside following a collision at Runcorn.

Queues are building from the A494 bypass – and traffic is stationary from around the M53 junction.

A full closure of the M53 following an earlier incident is also adding to the issues on the M56.

“As a result of the collision on the #M56 Eastbound near #Frodsham, there is currently approx. 12 miles of congestion on approach, with 55 minutes’ delays above normal journey times.”