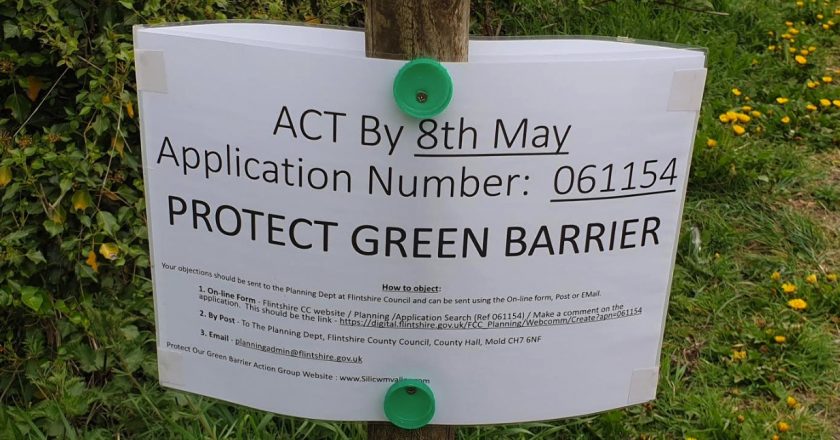 Opposition is mounting as a consultation period on plans for 90 new homes in Mold draws to a close.

Gower Homes entered proposals to redevelop land off Ruthin Road on the outskirts of the town in March.

The firm said the scheme would be delivered in partnership with Clwyd Alyn Housing Association and Cornerstone Flintshire, delivering 40 per cent affordable properties and road improvements.
However, some nearby residents have raised objections amid concerns about the loss of the green barrier site at Plas Aney.

A campaign group called “Protection of Green Barriers Action Group” has been set up and banners have been placed near the entrance, with one brandishing the message “Just say no”.

Mold south councillor Geoff Collett has now added his name to the list of voices against the plans over fears it could lead the town to merge with a nearby village. 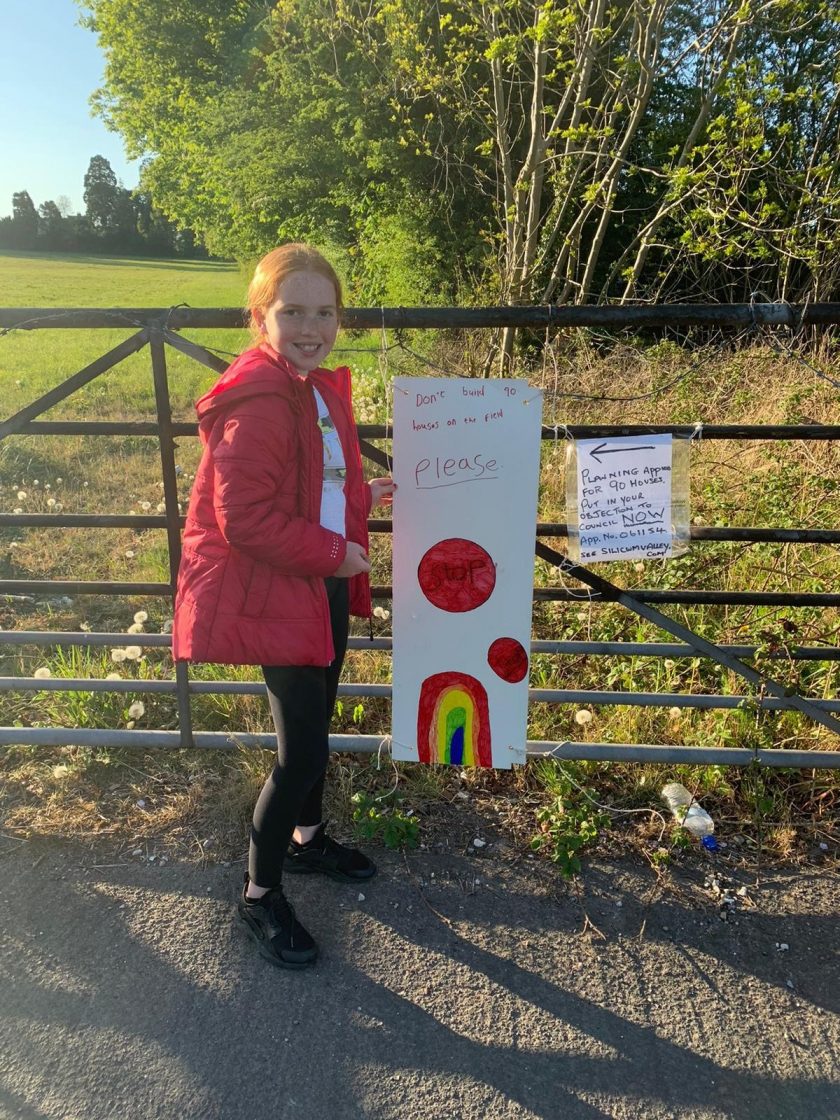 Speaking to the Local Democracy Reporting Service, he said: “Along with a lot of other people, I’ve spent many hours developing a plan for Mold for development over the next 15 years.

“That piece of land was considered, and it was rejected because it is part of the green barrier.

“It’s part of the green barrier because we’re trying to keep Mold and Gwernymynydd as separate entities and that’s one of the last fields before we get there.

“They’re fighting a development coming towards Mold and there would actually be about one field apart.”

He added: “There are plenty of affordable houses in Mold that are for sale today at the price range those will be in – there’s not a shortage of them.

“We have a builder here who’s trying to make himself a lot of money taking a risk on it.”

The Labour community representative said there were already 350 houses in the area which were either being built or had received planning permission.

He added that a further 250 were in the pipeline as part of Flintshire Council’s Local Development Plan (LDP).

The housing company has previously acknowledged that the site is on green barrier land, but said the lack of available housing sites elsewhere in Flintshire meant the development could be justified.

In a planning statement a representative said: “The opportunity is to create well placed, connected, high quality, sustainable housing growth location that can attract new residents and support existing shops, services and facilities located in Mold and its town centre.

“Locating housing growth on the south-western fringe of Mold is a logical ambition for the emerging (LDP) period.

“Gower consider that positive net gains and benefits can accrue from development and investment here Flintshire needs to deliver good quality housing choices in order to retain and sustain its existing and new residential population and deliver economic growth.

“Without new housing in the right places investment will simply locate elsewhere.”

The council is expected to decide on the proposals at a later date.