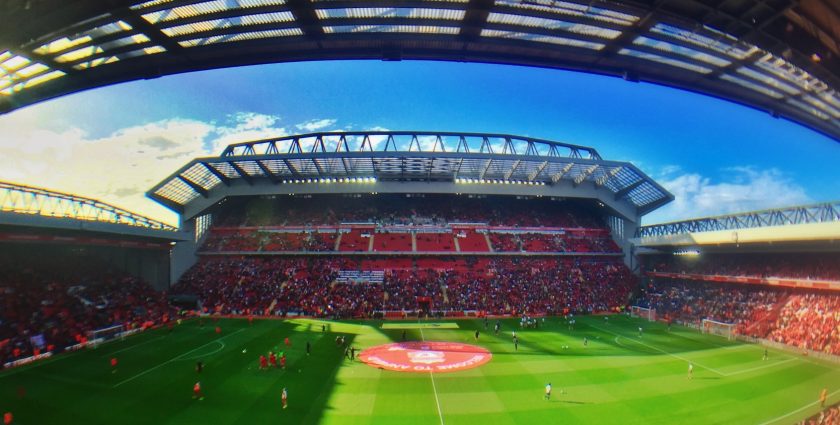 A police boss has described a plan to hold Premier League football matches at neutral venues as “nonsense”.

North Wales Police and Crime Commissioner Arfon Jones has submitted a Freedom of Information request because he feels it’s in the public interest to find out the evidence behind the idea.

According to Mr Jones, a former police inspector, there is “no justification” for the argument that fans will gather outside grounds.

The ex-Wrexham councillor spoke out after Deputy Chief Constable Mark Roberts, the UK’s football policing lead, announced that at least five top-flight matches, including a minimum of three Liverpool games would be switched to neutral venues because of police concerns.

The announcement was at odds with the view of Merseyside Police who said they had “no objections” to any Everton or Liverpool fixtures being played at Goodison Park or Anfield.

Mr Jones believes that too many police forces look on football matches as a “declaration of war” and that supporters had the right to see the information provided by Mr Roberts to the forces.
He said: “The push to play at neutral venues is nonsense and is not supported by evidence. At the end of the day, there are not going to be any fans at the grounds.

“They are basing neutral venues on the fact that fans may turn up to the ground, but there is no reason to suspect they will.”

It’s understood at least 12 clubs were against the original idea of playing all matches at neutral venues, which would have resulted in Premier League sides missing out on £70 million in commercial revenue.

Mr Jones added: “Refusing to disclose the evidence is putting the Premier League at a disadvantage. The clubs have not seen that advice, which I think is totally wrong.

“There are hundreds of thousands of season ticket holders for Premier League games who are the voting public and it is in the public interest that the police make these decisions open and transparent.”

The Premier League is hoping there could yet be a change of heart and Liverpool are aiming to play all their matches at Anfield, although Jurgen Klopp is quoted as saying it was “not important” where they win the title.

In a statement Deputy Chief Constable Roberts revealed there was “ongoing dialogue” with league organisers.

He said: “Discussions with the Premier League have been very positive and there has been a good exchange of relevant information.

“As a result of this a common approach has been agreed and there will be an ongoing dialogue.

“These discussions have been informed by various updates from forces, who in turn have been updated with feedback from the conversations with the Premier League.

“Anyone not party to these discussions would be directed to make a request under the Freedom of Information Act.

“The Premier League has expressed no concerns as to this process and all relevant people in the Association of Police and Crime Commissioners have been kept updated.”