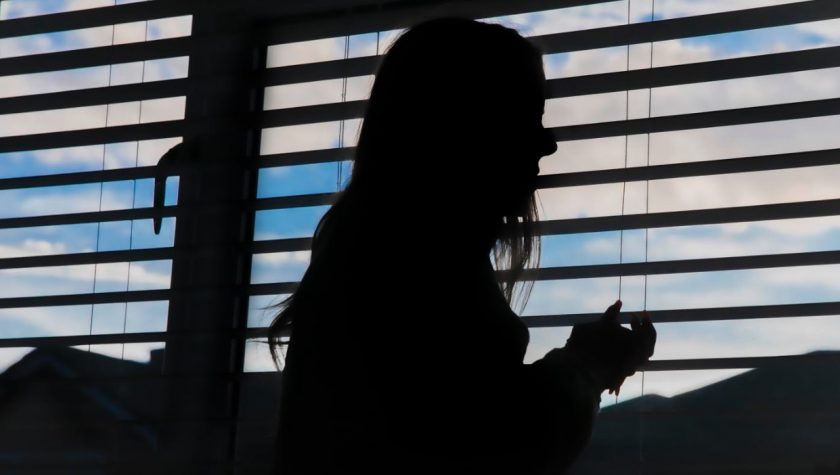 A North Wales woman has revealed how her brutal and controlling ex-husband broke her arms, shattered her jaw, shaved her head and made her wear a wig which he took off if he thought another man was looking at her

After surviving two decades of vicious abuse, Fiona (not her real name), 40, has spoken out to support a campaign against domestic violence that’s being championed by the North Wales Police and Crime Commissioner, Arfon Jones, who’s made the issue one of the top priorities in his Police and Crime Plan.

Mr Jones is working closely on the White Ribbon campaign with Chief Constable Carl Foulkes and Mike Taggart, the force’s strategic domestic abuse officer, who has personal experience of the trauma caused by domestic violence after his mum was stabbed to death by his savage stepdad.

As part of the campaign, Mr Jones has provided funding for all of the force’s 250 police vehicles and all the region’s 1,750 taxis to display White Ribbon stickers.

Fiona now lives happily in North Wales after her former husband was jailed for the abuse and severe violence he heaped on her and is passionate about raising awareness of domestic violence.

She said “It would be lovely if we could totally end domestic abuse and violence but that is never going to happen. What we can do is make the public aware that it’s happening all the time in lots of homes and in different families regardless of their social class and status.

“Abusers can be doctors, dentists, police officers there are no stereo types. I was just 16 when I met my former husband. He swept me off my feet and was so charming and apparently loving. He showered me with gifts and made me feel special.

“However, he quickly moved me away from my friends and family and I became isolated. I was pregnant with twins at 16 and on the first day I could possibly marry without parental consent we were married.

“I was very quickly isolated and we constantly moved around the country and even abroad. Wherever we lived it was always an isolated house on its own and away from any others. I was never allowed to make friends or talk to family.

“He even shaved my head and made me wear wigs so if we were out and a man looked at me he could pull the wig off and show them how ugly I was. The emotional and physical abuse went on and on as did the violence.

“I suffered broken arms, my jaw was shattered and I now have a titanium plate holding it together and I suffered countless facial injuries.

“I was always 100 per cent under his control and could do nothing without permission. I never had access to money and never used a cash point. I never learned to drive.

“He worked on online businesses so was always at home. We’d stay at one place for a while but if I showed signs of making a potential friend we’d very quickly move.”

Fiona finally plucked up the courage to leave her abusive husband after he threatened to hurt her children.

She added: “It isn’t easy for women trapped as I was to escape. And for all his violence and abuse he always came across to the outside world as charming, intelligent and smart. No one could see how manipulative he was.

“After I escaped I went to the police and he was investigated and eventually jailed for 12 years. He was released after six years but was recalled to prison after a fortnight after he tagged one of my children on Facebook. The strict conditions of his release meant he could have absolutely no contact with me or my children.

“I’m now living happily and am working toward a degree in health and social care and I speak out against domestic violence and abuse to as many agencies as possible as often as I am able.

“What worries me is how agencies and some professionals ignore the signs or chose to do nothing about it. A midwife once told me she kept my notes in her office as she expected one day to open a newspaper and read I ‘d been murdered.

“My question was if you thought that what did you do about it? What was the point in keeping my notes and not taking some positive action?

“So I support the White Ribbon Campaign 100 per cent and everything the police and crime commissioner and the police are doing to support it. If it raises awareness of what is happening and just one woman is saved from the abuse and violence I suffered for nearly 20 years it will be worth it.” 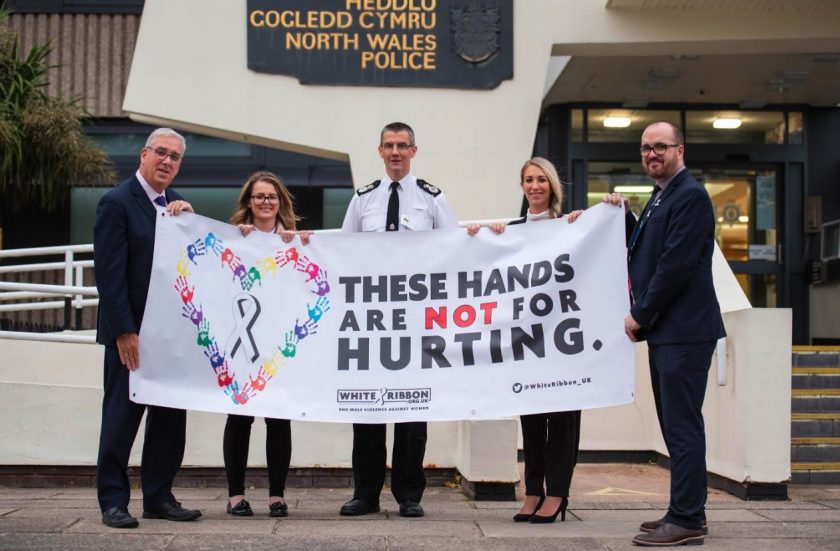 According to Mike Taggart, the purpose of the White Ribbon Campaign was to make more people aware of the issue of male violence against women.

“I took on my current role with North Wales Police as I felt I had experience of domestic abuse and violence and could make a difference. We need to start a conversation about the campaign and make more people aware of what goes on.

“It’s about empowering men as well as women so people don’t ignore the issue. It’s about becoming an ambassador and not just a bystander. It’s about society saying none of us will accept male violence against women nor control and coercion. And that includes sexual violence.”

North Wales Police and Crime Commissioner Arfon Jones said: “Domestic abuse and violence is very much a priority when it comes to my Police and Crime Plan. We need to raise awareness and ensure we take the right action to not only stop the abuse but bring offenders before the courts.

“Fiona is right when she says we need to take positive action. If people suspect any woman is a victim of domestic abuse then it has to be reported and investigated. To ignore the issue could have tragic and devastating consequences.

It was a sentiment endorsed by Chief Constable Carl Foulkes who said: “Domestic abuse and violence is a force priority. We need to offer as much support as we possibly can to victims and deal robustly with offenders.

“As a force we support the White Ribbon Campaign and will do all we can to raise awareness of what is an abhorrent crime. No woman should be subjected to domestic abuse in whatever form.

“It isn’t just about physical violence but physiological and emotional abuse, coercion and sexual assault too. I want to see an end to domestic abuse in North Wales and indeed across the UK.”

The service at the North Wales Victim Help Centre is available from 8am-8pm Monday to Friday and 9am-5pm on Saturdays. It can be contacted by Freephone on 0300 30 30 159, by email at: northwales.helpcentre@victimsupport.org.uk, or via the websites www.victimhelpcentrenorthwales.org.uk or www.canolfangymorthiddioddefwyrgogleddcymru.org.uk