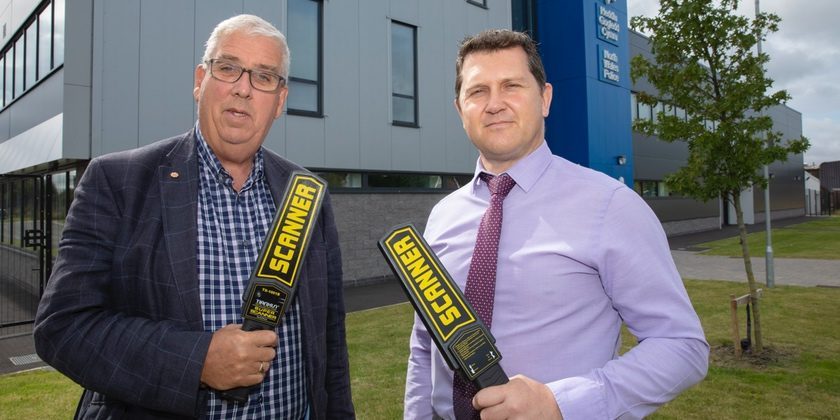 New hand-held metal detectors for use by pub and club door staff across the region have been purchased as part of a crackdown against knife crime.

North Wales Police and Crime Commissioner Arfon Jones made the announcement to coincide with Operation Sceptre, national campaign to reduce knife crime between September 16 and 22.

Mr Jones, a former police inspector, has bought 10 of the devices for door staff across North Wales, adding to the 10 issued last year.

In addition, the commissioner has also funded a £2,000 interactive display at DangerPoint, in Talacre, which is Wales’ only safety education centre.

There are also plans to set up a Youth Commission, which once established will give young people the chance to raise their fears about their safety and about others using them.

Mr Jones explained: “While North Wales hasn’t seen the degree of knife crime that other areas have it is worth pointing out that we have had two organised crime homicides involving knives in recent years, in Rhyl and on Deeside.

“This is the second batch of 10 of weapon detecting wands and they will be placed at different locations throughout the North Wales area.

“The idea being that when a member of the public comes in the scanner will be used as a condition of entry at that particular pub or club. They are an effective deterrent.

“As police and crime commissioner I thought it was important to fund the metal detecting scanners because it reassures the public.

“It means you can go to a pub or a club for a drink or a meal safe in the knowledge that it’s safe. I would like to see their use expanded.

Detective Inspector Tecwyn Green, who is coordinating the anti-knife crime campaign in North Wales, added: “To coincide with the national campaign, our school liaison officers have been tasked with attending primary and secondary schools throughout North Wales to do a presentation on knife crime as part of the All Wales Schools Programme.

“This is a hugely important campaign but I would emphasise that, although there has been an increase in knife crime in North Wales, it is still a very safe area in which to live and work and that changes in crime recording methods have contributed to the statistical increase.

“It’s a positive thing that the profile of knife crime has been raised because it is being targeted more rigorously now.

“Although the problem is relatively much smaller here in North Wales, knives are dangerous and they can kill, that’s the truth of the matter.

“We are grateful to the Police and Crime Commissioner for his support in purchasing the metal detecting devices which will certainly contribute to making the streets of North Wales even safer.”