Mold based rescuers NEWSAR called to injured hiker near Corwen 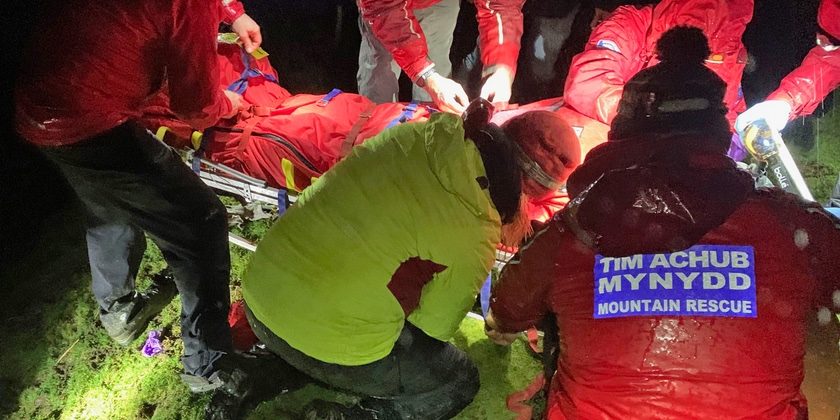 A Flintshire based rescue team were called out last night after a hiker was injured near Corwen.

The North East Wales Search and Rescue (NEWSAR) team based in Mold, were called to the scene after reports that the one of the three walkers had slipped and suffered a suspected fracture to their lower leg

The casualty was given first aid before volunteers used a rope system to protect the move of the stretcher down to our Landrover.

They were then carefully driven back down to the road for handover to Welsh Ambulance Services NHS Trust crew.

“Horrible night to be out and we were glad to be able to get the casualty sorted and off to hospital. Massive thanks to the local farmer for access, which made the evacuation much easier, quicker and more comfortable for the casualty.”