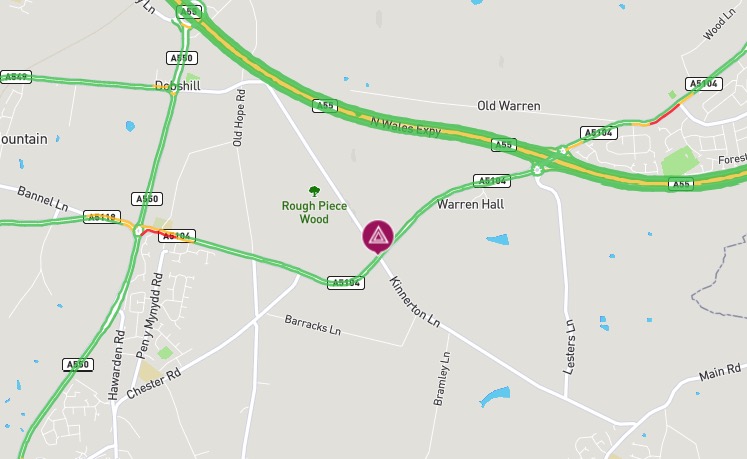 A cyclist received ‘minor injures’ this morning after a collision with a car on the A5104 Mold Road in Penymynydd.

The road was reported to be partially blocked for a short time following a collision which happened just before 9am near the junction with Kinnerton Lane.

A spokesperson for North Wales Police confirmed a cyclist received “minor injures” following a collision with a Peugeot.

At the time a traffic report for the area stated: “A5104 Mold Road partially blocked, slow traffic due to accident, a car and a bike involved at Kinnerton Lane. The accident happened just before 08:55”