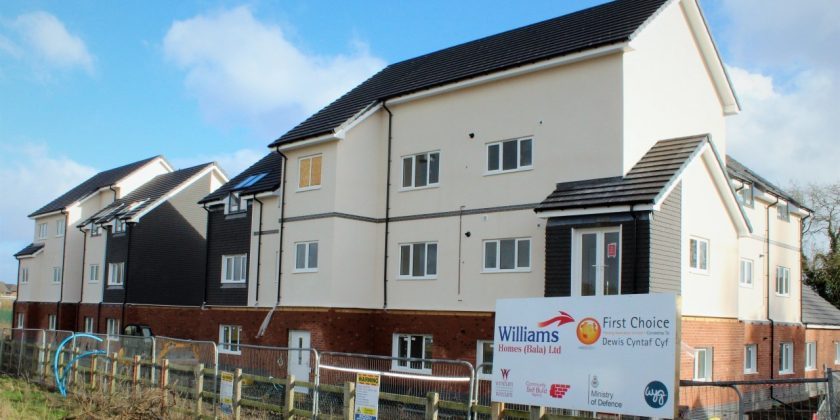 A masterplan for almost 7,000 new homes in Flintshire has passed an important milestone.

It outlines land where thousands of houses could be built in the county over the next decade, as well as locations for employment that could create up to 10,000 jobs.

The total provision over the period is for 7,950 new homes, but some have been included as a contingency with an overall aim to deliver 6,950.

Cllr Chris Bithell, cabinet member for planning, acknowledged that some of the sites may prove controversial.

However, he said it was in Flintshire’s best interests to have a plan and any delay to the process would not be accepted by the Welsh Government.

He said: “We’re now at a critical stage under the delivery agreement with Welsh Government.

“The timetable needs to be strictly adhered to in order to go out to consultation at the end of September.

“The minister has already agreed to a minor extension of the timetable but has made it quite clear in a recent letter to us that there will be no further extensions.

“Whilst we’ve had to identify sites for development, I’m pleased that we have only had to make some minor changes to green barriers and settlement boundaries in order to accommodate those.

“Those designations will help to safeguard against inappropriate development in sensitive areas once the plan is adopted.”

The plan will now go before all 70 councillors on the local authority at a special meeting being held next week.

If approved, a public consultation will be carried out for six weeks, starting from September 30.

Cllr Derek Butler, cabinet member for economic development, said there had been disagreements over the plan, but added it would address problems with infrastructure in the area.

He said: “This has been overseen by a cross-party of group with differences of opinion, but I think with the report before us, collectively we’re confident that this is a report that we’re happy to present.

“We think that, apart from a few exceptions perhaps, an inspector will endorse it.

“It is in the best interests of Flintshire going forward with the issues of infrastructure contained in this.”

The draft LDP will be considered by the full council at a meeting next Tuesday.

Following the public consultation, any responses received will be considered in spring next year ahead of its submissions to the Welsh Government shortly after.

The plan will then be subject to a formal examination by an inspector and, if it is approved, it would formally be adopted in summer 2021.