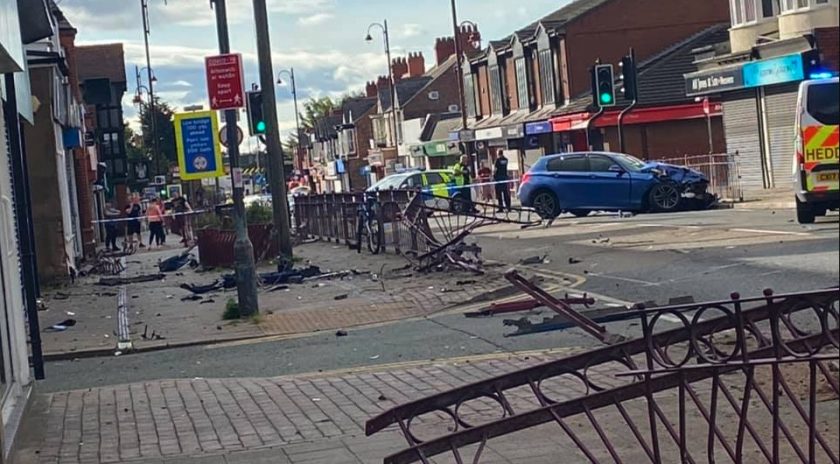 Update: Police say they have arrested a 25-year-old man “on suspicion of dangerous driving and failing to provide a specimen of breath.”

The road is now back open.

The closure is in place on Chester Road West, Shotton, between King George Street and Ryeland Street.

Officers are carrying out investigation work along the road near Iceland Foods following the crash which is understood to have happened just after 7.15am.

Driver has been apprehended by the Police, the damage to street furniture is enormous and I believe gas main damaged too. Road likely to be closed off for some time yet. How somebody wasn’t seriously injured or killed is nothing short of a mircle. pic.twitter.com/vG3nAvMAGA

A badly damaged A BMW 3 series has collided with barriers on both sites of the road causing a massive amount of damage.

A police update on social media states: “Closure currently in place due to an ongoing police investigation. Please avoid the area and use alternative routes wherever possible.”

A traffic report for the area states: “Road closed due to accident on B5129 Chester Road West both ways from King George Street to Ryeland Street.”

Another person near the scene told us the driver made of from the collision ‘but has since been detained’, police have not confirmed this.

[A wheel from the car can be seen outside the Clwyd Hotel, around 50 -60 metres from where the car ended up]