M56 between junction 15 and A494 heading to Deeside back open following earlier closure due to serious collision. 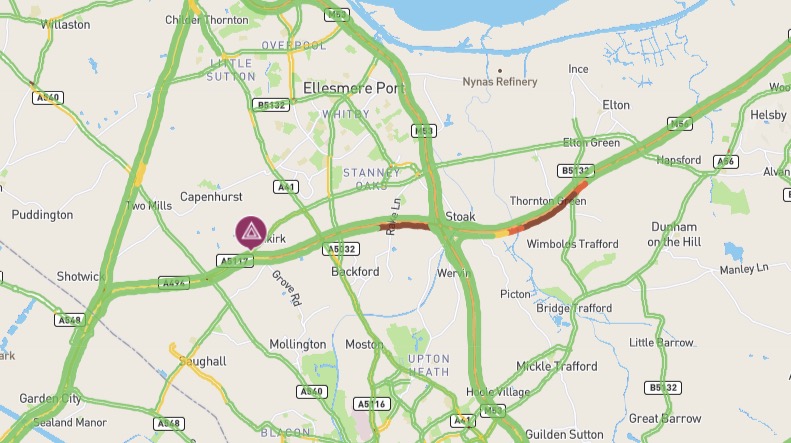 Update: In a post on social media, Highways England said at 11 pm, the M56 between junction 15 and A494 –  heading towards Deeside – is back open.

Previous report: There has been a serious collision on the M56 westbound which has resulted in the full closure of the carriageway between J15 and the A494 heading to Deeside.

Emergency services including Cheshire Police are in attendance.

Collision investigation work is now underway however the carriageway is likely to remain closed through the evening.

A diversion has been put in place:

Follow the A5117 to the junction with the A540 and turn left onto the A540. Continue on the A540 to the roundabout with the A494 and take the 2nd exit onto the A494 to continue your journey westbound.