All lanes back open on A494 near Queensferry following earlier collision 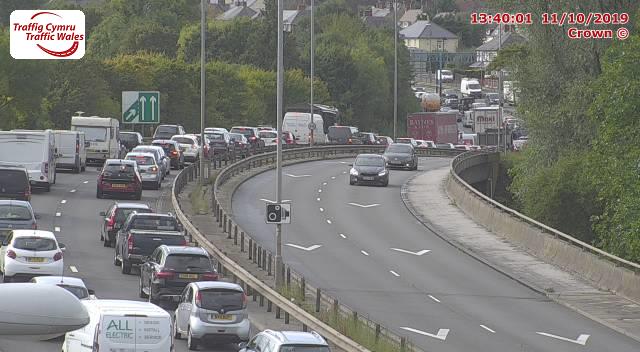 Update: All lanes are back open and traffic is back to normal Friday levels.

The Welsh Ambulance Service said it was called to the scene, a spokesperson said:

“We were called on Friday 11 October at approximately 13:48 to reports of a road traffic accident involving two buses on the A494 near Aston Hill. We responded with three rapid response vehicles and two emergency ambulances.

The incident in currently ongoing.”

Latest traffic report states: One lane closed and queueing traffic due to accident, two vehicles involved on A494 Southbound (Westbound!) from A550 Gladstone Way (Queensferry / Sandycroft Turn Off, Queensferry) to B5125 (Ewloe). Lane one (Of two) is closed. 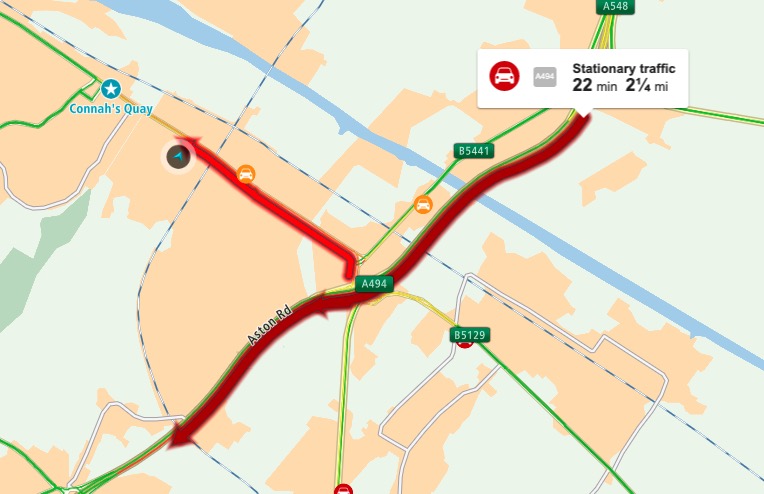 Previous report: There are reports of delays on a section of the A494 in Queensferry following a collision.

The incident looks to have taken place on the westbound carriageway at Aston Hill..

There is currently around two miles of stationary traffic.

“A494 westbound partially blocked, queueing traffic due to accident from A550 Gladstone Way (Queensferry / Sandycroft Turn Off, Queensferry) to B5125 (Ewloe).” 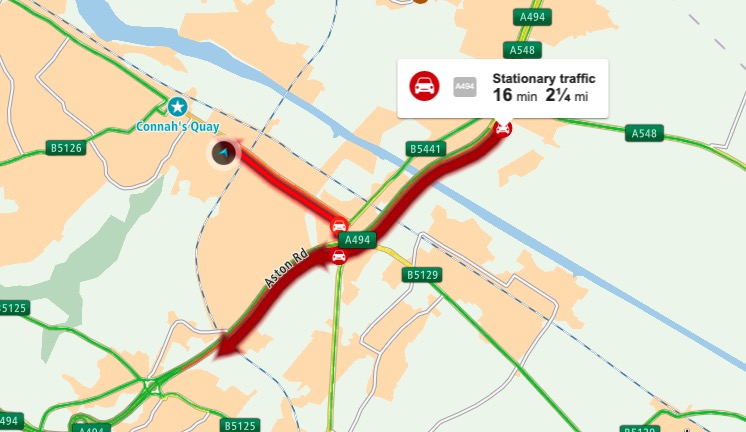