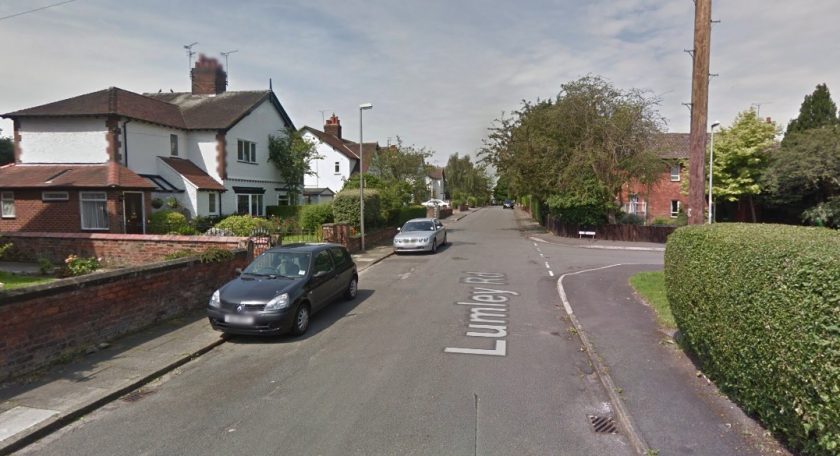 Cheshire fire crews were called out yesterday after a lighting bolt blasted a hole in roof of a house in Chester.

A four-day warning for lighting and storms was issued by the Met Office on Monday.

A large number of lighting strikes were recorded across Chester during the late afternoon.

One bolt hit a house on Lumley Road at around 6.45pm, it left a hole in the roof, the lightning strike also blew out plug sockets at three neighbouring houses.

Cheshire Fire Service said: “At around 6.45pm Firefighters from Ellesmere Port and Powey Lane were dispatched to reports of an incident on Lumley Road, Chester.

On arrival crews found that a house had been struck by lightning leaving a hole in the roof of the building.

The incident also caused a number of sockets to blow at three addresses.

Firefighter used a 13.5 metre ladder to access the roof of the property to assess the damage and used a thermal imaging camera to check for any hotspots.

They also isolated the gas and electricity at the affected properties.

Crews were in attendance at the scene for around one hour.

People in Flintshire were treated to a spectacular lightning show late on Monday night, up to 20,000 lighting strikes were recorded in Wales during the course of yesterdays thunderstorms.

Stunning lightning display last night if you were still up – if not this video shows what it looked like for a prolonged period overnight – Yellow weather warnings in place locally but according to forecasts no stormy weather due today but very warm – up to 29º in Deeside today.. https://t.co/cvpn6dTfGM

Yellow warnings for thunderstorms are in place until Thursday though non are forecast from Deeside today.

The Met Office said, “severe thunderstorms may bring disruption to travel and power supplies as well as some damage to buildings.”

Whilst many areas will see some heavy rain, hail and thunder at times where the worst of the storms occur some exceptional rainfall totals are possible.

According to Netweather.TV the storms are “capable of producing large hail of 3-4cm.

What what the Met Office has said to expect: