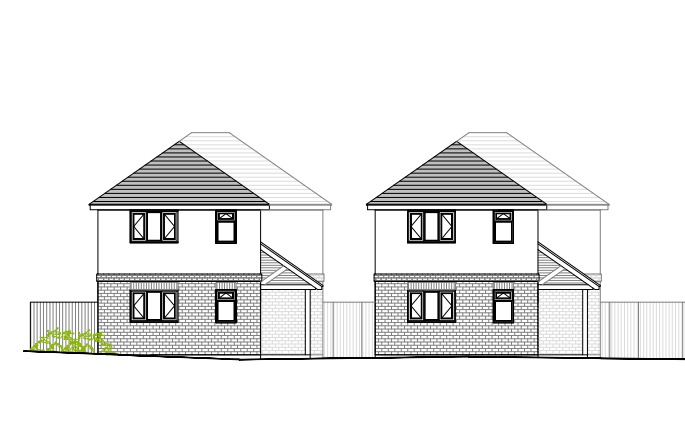 A decision to refuse permission for plans to build three houses next to a village pub in Flintshire has been upheld.

Punch Partnerships applied to knock down an outbuilding at the back of the Swan Inn in Higher Kinnerton last year to make way for the properties.

Representatives for the national pub chain said the move would boost the success of the business, but Flintshire Council rejected the proposals as it said the site was outside the village’s development boundary.

Officers said it would also have a negative impact on a historic farmhouse located nearby, known as Kinnerton Hall.

An appeal was launched by the company in December in a bid to have the decision overturned.

However, a planning inspector has now backed the local authority’s stance on the scheme.

In a report, Anthony Thickett said: “The proposed development of three large detached houses and two double garages would be a significant visual intrusion into the space behind the buildings fronting Main Road.

“It would also be at odds with the prevailing pattern of development and have a detrimental impact on the setting of this part of the village.

“Kinnerton Hall dates back to 1740 and is listed as an example of ‘a substantially intact estate farmhouse with C18 origins and C19 remodelling, retaining distinctive fenestration and a good staircase’.

“I find that the proposed development would be at odds with rather than read as part of the built form of the village and I do not consider that the use of timber cladding at the first floor of the buildings would mitigate the harm I identify to the setting of the hall.

“I conclude, therefore, that the proposed development would have an adverse impact on the setting of Kinnerton Hall and the character and appearance of the area.”

The company previously said the housing plans would improve the viability of the pub, as well as leading to the car park being reconfigured and a new decking area being created for customers.

But Mr Thickett said he seen nothing to suggest that the pub’s future would be at risk without the proposed development.

He therefore concluded that the appeal should be dismissed and the original decision upheld.