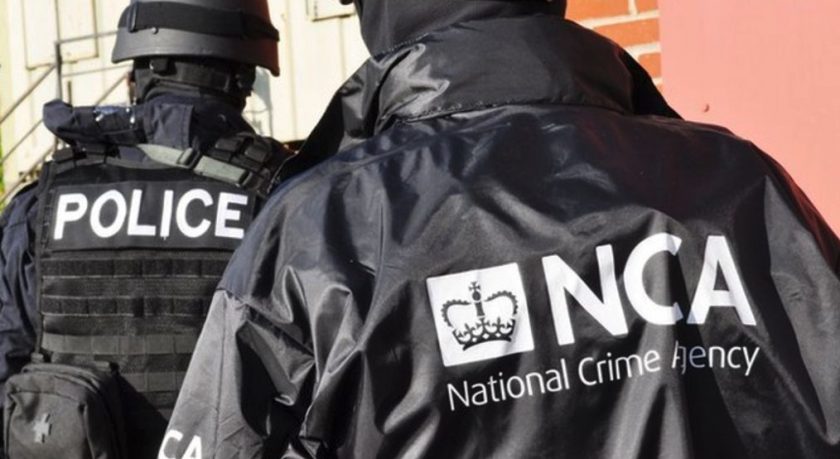 County Lines drug gangs have been targeted in a week of coordinated law enforcement activity across the UK, leading to more than 500 arrests, £312,649 cash and 46 weapons seized.

The activity, co-ordinated by the National County Lines Coordination Centre (NCLCC), which is jointly run by the NCA and NPCC, was led by police forces and Regional Organised Crime Units (ROCUs).

Over the week activity included warrants at addresses, visits to vulnerable people including those at risk of cuckooing, and engagement with private hire companies and others who are being exploited by county lines networks.

Between 13 and 20 May:
– 500 men and 86 women were arrested;
– 519 vulnerable adults and 364 children were engaged for safeguarding purposes;
– There were more than 30 referrals to the National Referral Mechanism (NRM), which assesses individuals as potential victims of human trafficking/modern slavery;
– Officers seized cash totalling £312,649;
– 46 weapons were seized, including four firearms, swords, machetes, an axe, knives, samurai swords, and a crossbow

Deeside.com has asked North Wales Police about its involvement and if any arrests were made locally or which may be linked to the area by way of Organised Crime Groups.

“Tackling county lines and the misery it causes is a national law enforcement priority and these results demonstrate the power of a whole-system response to a complex problem that we’re seeing in every area of the UK.

“We know that criminal networks use high levels of violence, exploitation and abuse to ensure compliance from the vulnerable people they employ to do the day-to-day drug supply activity.

“Thanks to the hard work of law enforcement officers there are now fewer drugs on the streets, more vulnerable people safeguarded and the public can be reassured that collectively we are committed to tackling serious and organised crime offenders and safeguarding victims. “

Young people and vulnerable adults are exposed to physical, mental and sexual abuse, and in some instances will be trafficked to areas a long way from home as part of the network’s drug dealing business.

The grooming techniques seen as part of County Lines are similar to what has been seen in child sexual exploitation and abuse, and often the young people don’t see themselves as victims. Instead they are flattered by the attention and gifts they receive, so are less likely to speak to law enforcement.

“The past week has seen police forces work together across the UK to send a clear message that we will do everything possible to dismantle County Lines gangs and protect the vulnerable being exploited by them.

“The large number of arrests and weapons seizures is testament to the hard work and dedication of officers across the country, the National County Lines Co-ordination Centre and the support of key partners like social care, the NHS, schools and the charity sector.

“Tackling County Lines is not something we can do alone and we need the public to help us by reporting any information or concerns. You can give your information anonymously to Crimestoppers and help us pursue and prosecute those who commit violence and exploit the vulnerable.”

“As a government we are determined to crack down on County Lines, disrupt the networks devastating communities and put an end to the violence and exploitation of children and vulnerable adults.

“Our Serious Violence Strategy includes a range of actions to enhance our response to this issue, and a multi-agency approach is key. That’s why we invested over £3.6m to establish the new National County Lines Co-ordination Centre, which has improved intelligence and supports cross border efforts to tackle this serious issue.

“But it’s also imperative that we steer young people away from a life of crime in the first place, and our £22m Early Intervention Youth Fund is already funding six projects that specifically address those at risk of involvement in county lines including early intervention and outreach programmes.”

The NCLCC is appealing to professionals who work with young people and vulnerable adults at risk of being exploited by County Lines gangs to report concerns.

“We are making progress in our fight against County Lines but we need the help of professionals working with people at risk of being involved in or exploited by County Lines. It’s the nurses, teachers, social workers, GPs, and anyone who works with young or vulnerable people, that can really help to make a difference.”

Some of signs of County Lines are:
– An increase in visitors or cars to a house or flat, or regularly changing residents;
– Substance misuse or drug paraphernalia;
– Changes in young people: new unaffordable belongings, clothing or items
– They may travel a lot or go missing regularly and be reluctant to reveal where to or why;
– They may develop friendships with older people or have unexplained injuries.

The National County Lines Coordination Centre (NCLCC), which is jointly led by the NCA and the National Police Chief’s Council (NPCC), is responsible for mapping out the threat from county lines nationally and prioritising action against the most significant perpetrators. It provides support to front line officers and is working to deepen the partnerships with non-law enforcement organisations to enhance the wider national response.

Since its launch in September 2018, the intelligence picture around county lines has increased, as has law enforcement’s understanding of the threat.
The number of lines is now around 2,000 and figures from National Referral Mechanism released recently showed the number of modern slavery cases involving UK minors went from 676 in 2017 to 1,421 in 2018.

Anyone with concerns about County Lines can speak to local police on 101 or call 999 in an emergency. If you’d rather stay anonymous you can call the independent charity Crimestoppers on 0800 555 111.

If you are a young person who is worried about being involved in County Lines, or knows someone who is, you can speak to an adult and let them know how you feel.

You can also contact www.fearless.org who allow you to pass on information about crime anonymously.

You can also contact Childline on 0800 1111 – they are a private and confidential service where you can talk to counsellors about anything that is worrying you.