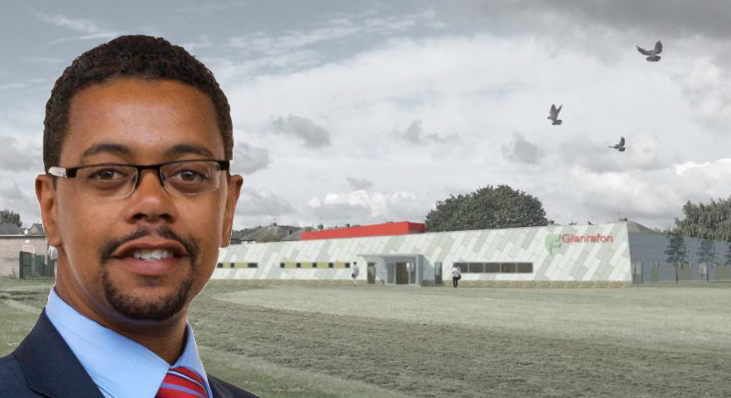 “I’ve received a call from Mr Gething’s campaign team this morning to clarify that he was attending one of the Aura-run leisure centres in Flintshire at the time he was meant to visit the learning disability day centre in Queensferry yesterday.”

As reported yesterday: Welsh Government cabinet secretary for health Vaughan Gething has said a “simple mistake made with the diary” earlier today was the reason why he didn’t turn up to meet service users and staff at the Glanrafon Centre in Queensferry.

Mr Gething, one of three candidates in the running to take over from Carwyn Jones as first minister and leader of Welsh Labour, has been in North Wales “talking to members, trade unionists and local businesses about what they want and need for the future.”

The health secretary was scheduled to visit the disability day centre opposite Deeside Leisure Centre at 2pm but didn’t turn up.

His no-show prompted an angry response from the deputy leader of Flintshire County Council Bernie Attridge who posted several messages on social media, he tweeted:

“We have been snubbed by the Cabinet Secretary for Health today.”

“What a waste of an afternoon. I’ve been stood outside waiting to welcome @vaughangething to @FlintshireCC Disability day centre at Queensferry for him not to turn up, after he asked to visit us.”

“So what was wrong with us @FlintshireCC did you get lost? I couldn’t wait any longer. I’ve apologised to everyone you let down!”

Work got underway last month on new day centre which will replace the current “ageing and inefficient” building.

Following the proposed visit to Queensferry Mr Gething was due to go to a meeting with the GMB Union in Flint at 3pm which he appears to have successfully managed.

“His political meeting for his leadership campaign in Flint with GMB must be more important than him meeting with me and some of our most vulnerable residents of Flintshire who attend the day centre.”

“Interestingly just received a call from @vaughangething campaign team apologising for the Cabinet Secretary not showing up this afternoon.”

“Simple mistake made with the diary meant we didn’t get to meet with @bernieattridge and his team today. Really sorry for the confusion and very happy to arrange to visit again.”