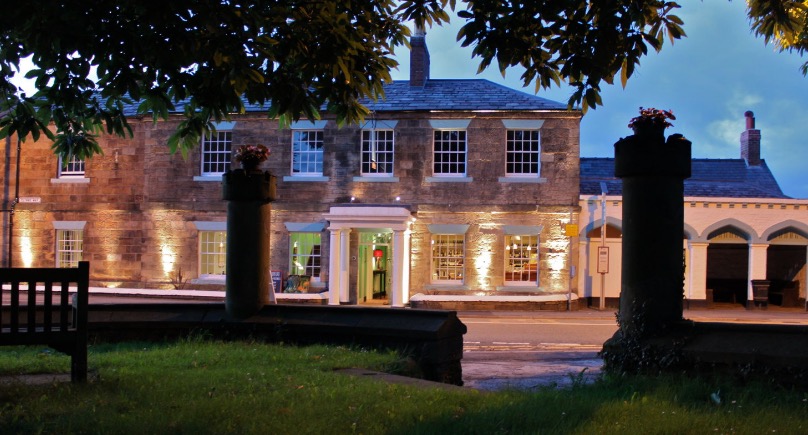 An appeal has been launched on behalf of the descendants of a former British prime minister over a council’s failure to decide on their plans to create new visitor accommodation in Hawarden.

Proposals to convert a Grade II-listed stable block at the historic Glynne Arms pub were originally entered by the Hawarden Estate last year.

The 200-year-old coaching inn is run by Charlie Gladstone, great-great grandson of 19th-century Liberal prime minister William Gladstone, along with his wife Caroline.
Their application also outlines plans to establish a shop, workshop facilities and extra parking near the premises.

Despite being submitted more than 12 months ago, the local authority has yet to make a decision on the scheme and an appeal has now been lodged in a bid to gain approval.

In documents submitted to the Planning Inspectorate, Anthony Hall of chartered surveyors William Hall and Co said the development would be positive for the area and there was no apparent reason for the delay.

He said: “At present we do not know the council’s case should they indicate they would have refused the application.

“The main grounds of appeal are therefore as already set out in the supporting documents submitted within the application.

“The developed proposed under this appeal will secure and preserve the future of the Grade II listed stable and store at the appeal site, The Glynne Arms, within a sustainable settlement and reuse and rejuvenate a vacant brownfield site in a sustainable manner that will benefit the community.

“Therefore, we are of the opinion that the proposal appeal should be approved without delay.”

According to the plans, the former stable block would be turned into short stay accommodation for patrons of the pub.

Other parts of the building could be used to house businesses with links to its original use.

The application states: “The concept is to provide a suitable class use for the stables whilst retaining the value of the historic link to the character of the area and its special architectural interest.
“Hence a sui generis class use such as word carving, metal work smithy, saddler and leather workshop, basketry or activity of similar genre.

“The proposal to convert the existing vacant property into short stay accommodation and minor service and retail outlets will improve the viability of the site as a whole.”

The appeal will be decided by inspectors appointed by the Welsh Government at a later date.