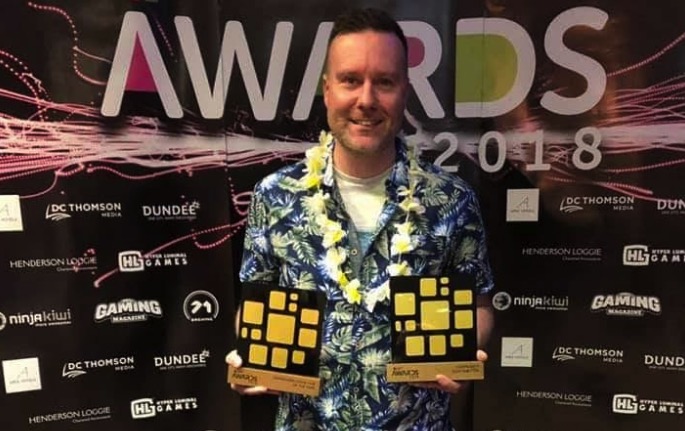 A leading computer games development hub based at Wrexham Glyndwr University has been shortlisted in industry awards as the best in the UK for the second year running.

In a shortlist announced on Tuesday by UK games talent development organisation Tranzfuser, the university’s games development hub was one of three local hubs shortlisted as the best in the UK once more – after winning the accolade last year.

Staff, students and graduates linked to the games development course at Wrexham Glyndwr University are now waiting to see if they can secure the trophy for the second consecutive year.

The nomination comes after another successful year for games development at Glyndwr – after the hub welcomed Channel Five’s Gadget Show to Wrexham alongside Tranzfuser to film a ‘game jam’, where developers race against the clock to build a game from scratch on a particular subject.

The university will find out on September 4 if they have been successful at the UK Games Fund Awards, set to be held in Dundee’s newly-opened V&A museum.

Senior lecturer in computing, Richard Hebblewhite, has also been nominated for an award in the community spirit section – and has praised the team at Glyndwr for all the hard work they have put into the university’s hub.

He said: “Securing a nomination as Hub of the Year is an incredible achievement – this is the seventh national award nomination our team has secured in the last eighteen months!

The UK games industry is a major player in our country’s economy and hubs like ours here at Glyndwr are working to ensure our graduates are equipped with the skills they need to build lasting careers in the sector.

We have been pleased to welcome a diverse range of people to Glyndwr to hear more about our course over the past year, and delighted that the work we has done has been welcomed on the national stage.

We’re now all looking forward to the UK Games Fund Awards this September – and hoping to do the double!”