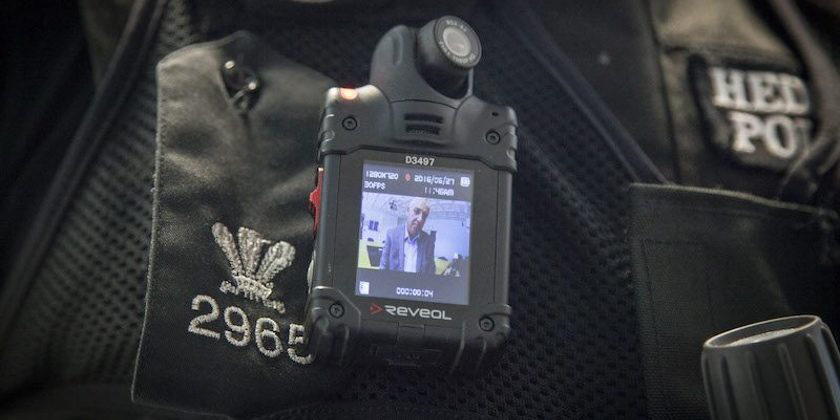 North Wales’ Police and Crime Commissioner, Arfon Jones, announced that all members of the force will now have access to body worn police cameras when they are on duty.

Mr Jones brought in the cameras when he was first elected but they were limited in number and only available to front line officers.

He said that they policy of having officers wearing the cameras had proven to be successful as a tool for gathering evidence and it meant there had been a drop in the number of complaints about the force.

“The body worn cameras was the first thing I introduced when I was elected in 2016, it was  about three or four hundred then.

It was for general use for whoever was working at the time.

There were never enough to go around at the time.

So now a decision has been made that we’ll be introducing in the next month 1,115 cameras, that will be for anyone who needs them.

There will also be about 150 for other people to use, that’s for people who are not normally front line.

“They’ve been a success with domestic violence, there’s a big correlation between the issuing of domestic violence prevention notices when a body worn video has been used because it gathers evidence at the time.

North Wales Police are the biggest user of these notices in England and Wales and that shows it has worked because the number perpetrators who commit repeat offences has fallen significantly by 35%,” he said.

“Officers use it where there is a potential for a confrontation they’ll turn on the video because it also prevents complaints being made.

“These will be standard issue for front line officers just like personal protection equipment.”

But civil liberties campaign group has raised fears about the intrusion the cameras could mean in people’s lives.

Hannah Couchman, Policy and Campaigns Officer at Liberty, said: “Body worn cameras contribute to the ever-expanding web of surveillance technology being rolled out by police, and can record people in homes and other private spaces.”

However Mr Jones felt they could be a protection for people’s rights.

He added: “Body worn cameras are the best evidence, you’re not relying on a police officer’s recollections or witness statements in court. It’s what is shown in court.”
By Shane Brennan – Local Democracy Reporter (more here).