Former Holywell HSBC branch could be turned into 10 new flats 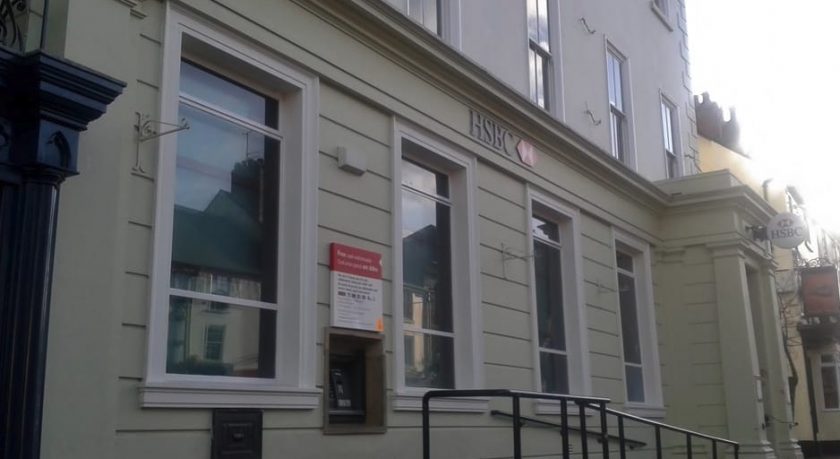 A former bank in Flintshire which closed more than two years ago could soon be transformed into ten new flats.

HSBC shut its branch on Holywell High Street in May 2017 as it said customers were increasingly choosing to bank online.

The move was met with frustration in the town as account holders were forced to travel nine miles away to Mold to access services.

An application has now been entered to convert the Grade II-listed building into living space.

In the documents, representatives from North Wales Developments said they had considered reusing the property for retail purposes, but there was a bigger demand for housing.

They said: “The applicant intends to convert the whole of the property into ten high quality one- and two-bedroom self-contained flats.

“The opportunities to continue the use of the ground floor of the property as a bank or indeed any other retail use has been considered and discounted.

“The premises consist of a three-storey grade II listed building, which was a former posting house on the old London to Holyhead Road.

“There is demand for quality affordable housing in this locality and the building has been considered suitable to meet this need.

“Since all the proposed works are solely on the rear elevation of the premises, the architectural and historic features of the front elevation will remain totally unaffected by the works.”

They added the development would provide “affordable” housing for local people.

The property is thought to date from the mid-18th century and was remodeled in 1871 when it was converted into a bank house and office.

The only alteration proposed to the outside of the building is for an extra window to be installed to allow natural light into one of the flats.

The local authority is aiming to decide on the proposals towards the end of November.