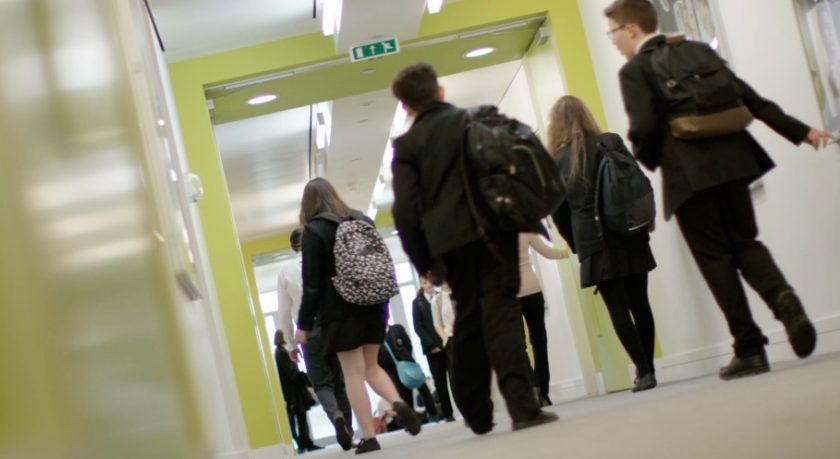 Schools in Flintshire could be forced to make redundancies unless a pay rise for teachers is fully backed by government funding, it has been warned.

Lower-paid teachers would receive a 3.5 per cent uplift in their wages under plans announced by the UK government in July, while senior staff would get either 1.5 or 2 per cent.

However, the amount of money pledged to meet the funding gap faced by local authorities in Wales, would only account for approximately half of the £2.7 million required in Flintshire.

Flintshire Council leader Aaron Shotton received a letter from Welsh Secretary Alun Cairns earlier this month, outlining an extra £8.7m for Wales in 2018/19 and £14.8m in 2019/20.

In a report, Flintshire’s cabinet member for education, Cllr Ian Roberts, warned it could result in job losses, larger class sizes and have an adverse impact on pupils.

He said: “There is currently no capacity for the authority to provide additional funding to cover the teachers’ pay award.

“If the award is unfunded this will impact on the financial resilience of schools.

“Schools may have to consider reducing their workforce which could result in redundancies and increasing class sizes.

“Educational outcomes may reduce if class sizes have to increase.

“This generation of pupils may be adversely affected by the continuing austerity measures which in turn will impact on the future economic prosperity and social wellbeing of Wales.”

The council’s latest financial forecast for 2019/20 shows a projected budget shortfall of £13.7m, but this does not include any provision for the teachers’ pay award.

After taking savings into account and assuming an increase in council tax of 4.5 per cent, it would require an estimated four per cent increase in its revenue support grant to fund the additional teacher pay and pension costs.

According to an analysis of Flintshire’s current school staff, approximately 27 per cent of teachers would receive the maximum increase, while 59 per cent would see their pay go up by two per cent and 14 per cent in leadership roles would get the minimum amount.

Following the pay award announcement, the Welsh Local Government Association wrote to Secretary of State for Education Damian Hinds, highlighting the problems it would cause.

“The situation in Wales after years of austerity is too serious to play the Westminster tactic of cost shunting to our devolved government.

“The use of the words ‘new teachers pay grant’ in your statement is an acknowledgement that this is above and beyond what would have been expected under the public sector pay cap.

“Therefore, council leaders across Wales believe you have an obligation to provide a full consequential for Wales.

“It is imperative that we have a clear understanding of this announcement especially as our councils already have to pay for the first one per cent of each of the rises announced and have significant concerns that unacceptable cuts to other parts of our budget could follow.”

The UK government currently sets pay rates for teachers in both England and Wales, although overall control of education lies with the Welsh Government.
It is anticipated that teacher pay will be devolved, but this is not expected to happen until next year.