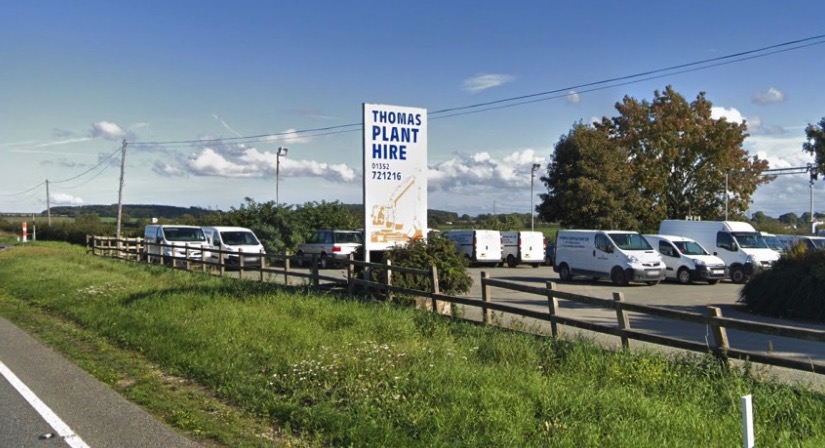 A Flintshire based plant hire company has lodged an appeal in a bid to have plans to extend its operating hours approved.

Thomas Plant Hire has a depot close to the A55 in Caerwys which currently has permission to open from Monday to Saturday between the hours of 6am and 6pm.

The firm applied to Flintshire Council in a bid to allow it to operates seven days a week from 5am to 11pm, which it said was in response to demand from customers.

However, it was rebuffed in its efforts by the local authority in July this year after officers highlighted a number of noise complaints relating to the site.

The company has now launched an appeal to the Planning Inspectorate in which it denied causing a disturbance to neighbours, and claimed the noise could have come from the nearby dual carriageway.

In the appeal documents, agents acting on its behalf said: “Both the pollution control officer and the planning officer refer to noise complaints that have been received with regard to “loud noise and lights switched on during unsociable hours causing a nuisance to neighbouring residents and impacting upon dark skies”.

“However, other than recording the complaints, there is no evidence to indicate that the county council has investigated the complaints and/or assessed their legitimacy or reasonableness.

“In addition, there is no evidence to indicate that the noise complaints received were as a result of the operation of the plant hire depot rather than, for example, traffic or maintenance work on the A55, activities at the Travellers Inn or vehicles using the westbound lay-by on the A55.

“Unsubstantiated complaints do not form a sound basis for the refusal of permission for the proposed variation of condition.”

A separate appeal has also been lodged regarding the hours of use for four lighting columns at the depot, which were given permission by the council in July.

The two appeals will be considered by an inspector appointed by the Welsh Government at a future date.