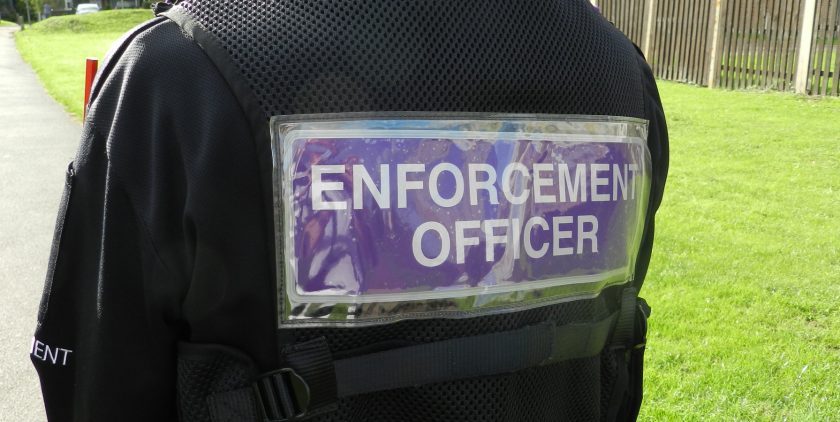 Leading politicians in Flintshire are set to run the rule over plans to increase the number of litter enforcement officers in the county.

It follows the withdrawal of a controversial external company which was tasked by Flintshire Council to hand out fines for littering and dog fouling.

Kingdom Services left its contract with the local authority in August after it was accused of using ‘heavy-handed’ tactics.

It means responsibility for giving out £75 fixed penalty notices has reverted to the council, which currently has a team of seven officers.

Cabinet members will be asked to support boosting the number of staff up to at least nine at a meeting on Tuesday.

It will cost an extra £60,000, but Cllr Carolyn Thomas (Lab), cabinet member for Streetscene and countryside, believes half of that will be recovered by the revenue generated in fines.

She said: “Given the current financial position and to ensure that we have the most efficient and cost effective service, we are recommending that the enhanced in-house approach is taken forward at this time.

“The funding for any additional posts will be found from the income from fixed penalty notices and the outcome of discussions with neighbouring councils, to explore collaborative options for a combined service.”

It is anticipated that the in-house service will not attract as much criticism as Kingdom, as the authority will have greater control over how patrols are carried out.

However, the ‘confrontational’ nature of the role has been cited as a potential barrier to recruiting staff.

Backbench councillors have previously questioned whether volunteers could be used to tackle the problem, but were told the number of services could be difficult for them to provide.

In a report Steve Jones, chief officer for Streetscene and transportation said: “Clear guidelines will be issued to officers to specify the principles on which the service will operate.

“An improvement in the relationship between communities and the enforcement service will be formed and officers will be required to attend local environmental visual audits to focus and target enforcement around the concerns and needs of the local community.

“The focus of the previous business partner was to concentrate predominantly on the enforcement of littering offences.

“The need to continue enforcing against this behaviour has been identified, however the authority’s in-house officers will be responsible for a number of other enforcement activities, and the level of presence for littering offences alone cannot be maintained, even with the enhanced number of officers.”

In the long-term, the council is exploring the possibility of working with other local authorities to create a regional enforcement team.
Cabinet members will be asked to support the changes next week.