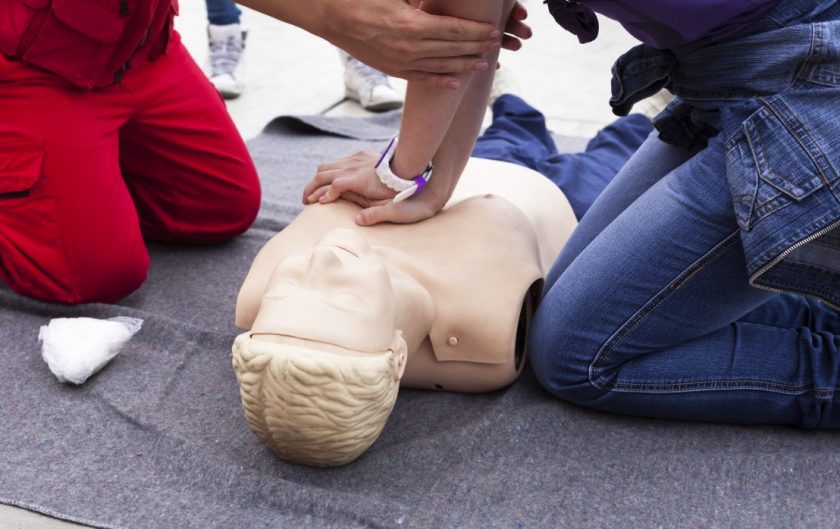 Councillors in Flintshire are being asked to back calls for emergency lifesaving skills to be made compulsory in Welsh schools.

The Welsh Government resisted making lessons in how to carry out CPR part of the national curriculum earlier this year, despite first aid becoming mandatory for all children in England from 2020.

However, Gwerynymynydd councillor Kevin Hughes believes youngsters in all secondary schools in Wales should be required to learn how to help someone having a cardiac arrest.

It comes after the former police officer was twice called into action to perform CPR in the last few years.

He said teaching skills such as resuscitation and how to use a defibrillator would improve survival rates for people whose hearts suddenly stop beating, with the odds of living through a cardiac arrest currently as low as one in ten in the UK outside of hospital.

Cllr Hughes said: “On two occasions in the last few years I’ve had to do CPR where I’ve just come across two people that needed it.

“The last one was coming out of Everton’s ground and there was me in my Aston Villa shirt trying to save the life of this guy in an Everton shirt.

“When there’s an accident and there’s no-one there capable or confident enough to do any first aid, there’s so many unnecessary deaths and it’s terrible.

“In addition to that, with cardiac arrests our survival rate compared to other countries is critical because people simply don’t know what to do.

“In my view, first aid training should be compulsory and part of the curriculum in every secondary school.”

The British Heart Foundation has previously appealed for CPR to be taught in all schools in Wales.

But earlier this year education minister Kirsty Williams said the curriculum was moving away from prescribed lists of subjects.

Cllr Hughes has now put forward a motion to all 70 councillors in Flintshire asking them to back his calls for first aid lessons to become compulsory.

He said school budgets are often tight and the Welsh Government should also be prepared to fund the training.

The proposal will be considered at a meeting being held at County Hall in Mold on Tuesday.