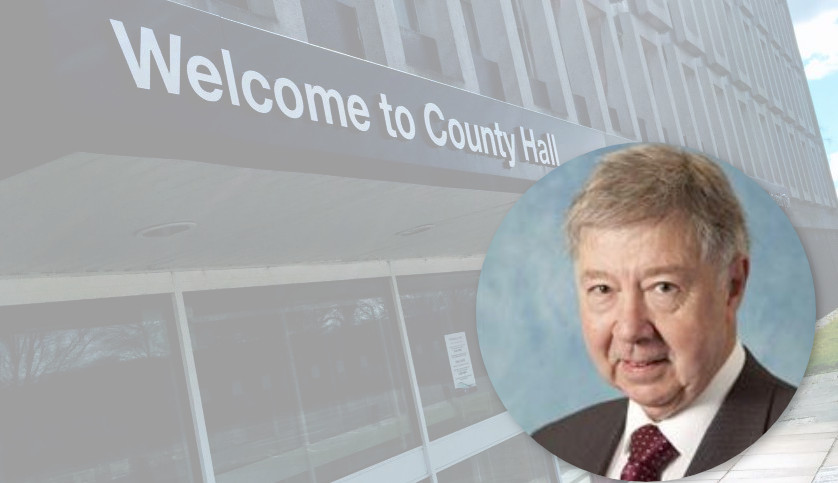 A Councillor has been criticised after demanding information on “bad tenant” hot spots in Flintshire.

The request was made by Cllr Brian Lloyd as politicians discussed outstanding rent arrears of about £1.8m currently owed to the local authority from residents in social housing.

The independent politician, who represents the west area of Mold, claimed he was aware of estates where many tenants were reluctant to make payments, and asked to be furnished with further details.

However, his comments were condemned by officers, who highlighted the financial difficulties people are facing due to the coronavirus pandemic.

They warned the outstanding amount could get worse after Airbus in Broughton, which is one of the area’s biggest employers, announced it was set to shed 1,432 jobs.

Officials also stressed that the council would prefer to support residents rather than take enforcement action where possible.

Cllr Lloyd made his comments during a virtual meeting of the authority’s community and enterprise scrutiny committee held today, Tuesday, July 7.

He said: “I know we do have lots of good tenants out there, but I’m afraid to say you’ve got a lot of bad tenants as well.

“Would it be possible to have some information on where they are in the county?

“I’m not asking for names and addresses or anything like that, just where are the hotspots where the tenants are really having problems paying the rent.

“I’ve got an idea where mine are. I was on the estate yesterday and I saw four bikes in one house.

“We’re talking nearly £2m again and I think you’re going to be needing this £2m next year.”

A report presented to the committee shows the amount owed by residents has risen by approximately £107,000 since the start of the current financial year, which coincided with when the outbreak began.

Officers said they would normally expect to see people in receipt of benefits encountering difficulties paying their rent.

But they brought attention to a “concerning trend” since the pandemic began where arrears have increased significantly for those who don’t get government support.

He said: “Speaking rather bluntly, I don’t think that’s particularly helpful or useful to segregate or identify areas where people do and don’t pay their rent.

“This isn’t just about social housing. People don’t pay their rent in private housing and in registered social landlords.

“Singling out areas that are the good or the bad payers, I don’t think is constructive or helpful.”

He later added: “We will also have some people who are currently out there working in businesses like Airbus and their supply chains who are also living in council properties and going to get impacted by this.

“What I want to work towards is a sustainable tenancy, working with customers and getting them to stay in their property and pay rent.

“That might not be full rent at this stage, but there’s a plan in place, they’re sticking to the plan and making those payments.”

The council receives rent from around 7,300 tenants and last year collected around £40m.

The report shows arrears had started to fall before the outbreak began, with evictions for non-payment reducing to 26 – a reduction of four compared to the previous year.

The Welsh Government previously introduced measures to protect renters during the pandemic by preventing them from being forced to leave their home.

The authority’s revenues manager said there were a small minority of tenants in every community who failed to pay, but denied there were areas which were worse than others.

“We treat every tenant the same and every community the same way. We just work through those problems with any particular tenant that needs intervention.

“In terms of providing lists of tenants or areas, we’d have to be very cautious and I think it would be a dangerous approach to adopt.”

Councillors voted to note the actions being taken to improve rent income at the end of the meeting.

It includes taking a “soft approach” to enforcement by sending letters to people who have fallen into arrears and offering them support.