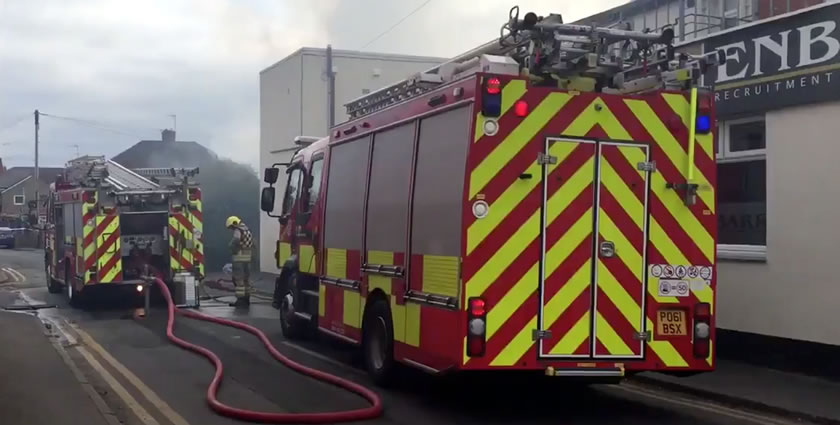 North Wales’ cash-strapped councils will have to find an extra £1.7m to fund the fire service after authority members rubber-stamped next year’s budget.

In May proposals to cut jobs, axing engines and shutting or downgrading stations were considered as North Wales Fire and Rescue Service faced a shortfall of almost £2m for 2019/20.

As well as removing an engine from Wrexham, other options on the table included changing the hours of Deeside and/or Rhyl 24 hour stations to day staffing only, and closing one or more of the region’s 36 retained stations.

But amid concerns that such proposals would increase the risk to the public, fire authority members opted for an alternative choice of funding the gap by asking the six councils to help plug the shortfall – despite all of them facing reduced block grants from central government next year.

All six north Wales councils contribute money every year towards the cost of providing fire and rescue services.

How much the county councils contribute depends on how much the authority has estimated it will need to cover its running costs – which this year amounts to a total of £33,492,878 between them, or the equivalent of 13 pence per day per person.

The additional £1.7m, which is the equivalent of roughly 5% more from each local authority, is slightly less than the £1.9m that had originally been earmarked.

Based on population, the contributions from each local authority will rise ranging from £166,623 from Anglesey Council to £381,161 from Flintshire.

A report states: “The draft revenue budget has been developed using current service provision, mindful of the need to reduce the increase to constituent authorities to less than £1.9m.”

It goes on to note: “The FRA is not holding sufficient reserves to support ongoing running costs and the draft budget would require an increase of £1.7m from constituent authorities.

“This is less than the initial assessment of £1.9m reflecting measures taken as part of the budget setting process.”