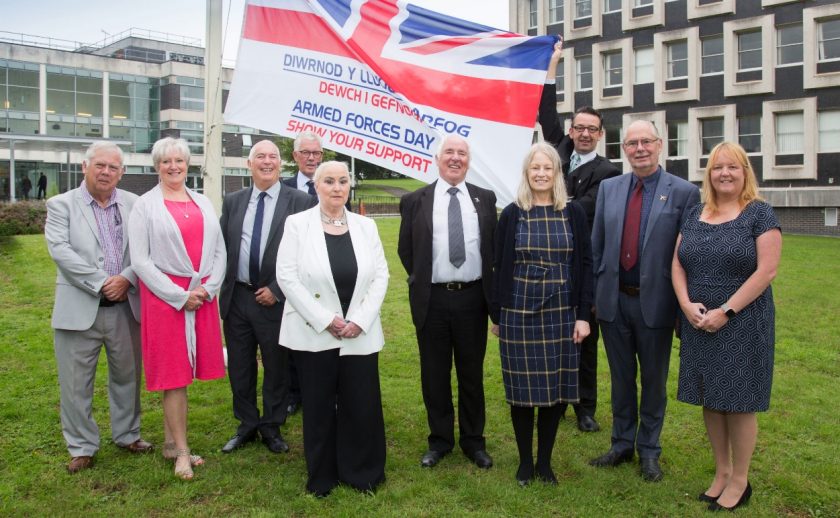 The Council said it was proud to support Reserves Day and recognises the valuable contribution its employees who are reservists make to the Armed Forces.

Reservists give up their spare time to serve in the Reserve Forces, balancing their civilian life with a military career to ensure that should their country need them, they would be ready to serve as part of the military.

“Our employees who are reservists play a vital role in our Armed Forces and make a significant contribution to operations in the UK and overseas. Just as important are the knowledge and skills they gain from the military which they bring back to Flintshire County Council. All our reservists give up their time to serve the nation.

They do an incredible job and it is an honour to celebrate the work they do.

“This ceremony is part of Armed Forces week recognising the bravery and commitment of the Armed Forces both past and present who risk and have risked their lives in the line of duty”.

The Council says it is “fully committed” to supporting the Armed Forces community including reservists.

Its Armed Forces Reserves Policy sets out how the council will support them if they are mobilised to duty.