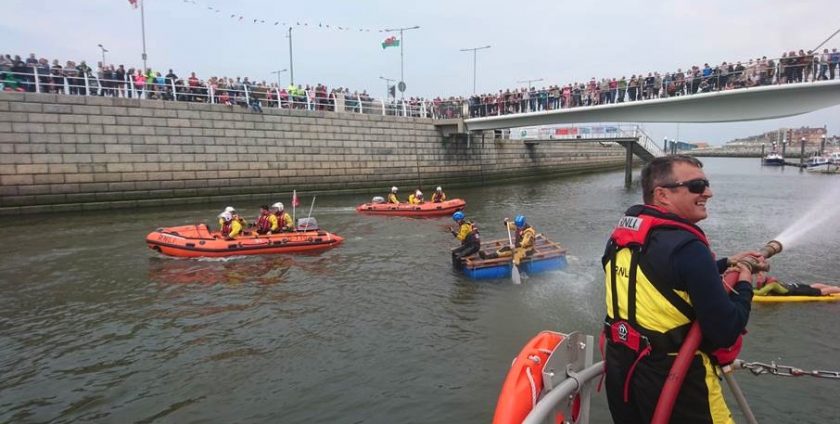 Organisers said the number of entrants was slightly down on previous years due to the poor weather forecast.

That didn’t dampen spirits as hundreds of people lined Rhyl harbour to view of the spectacle.

Before the races began, Prestatyn Councillor Anton Sampson presented Coxswain Martin Jones with a cheque for £1200, which he had pledged to the Rhyl Shannon lifeboat appeal.

The money was donated by Cllr Sampson – who arrived at event by sea on his paddleboard – during his year as Prestatyn Mayor. 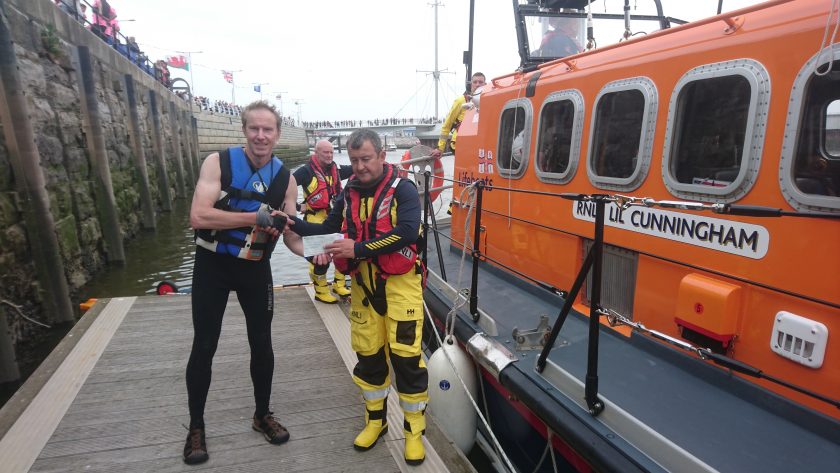 The raft races began at 2pm, with two heats for the rafts constructed on site on the day.

The winners of these heats, plus the fastest losing raft, then went head-to-head for the Povah Cup.

This was won by the ‘Try Hards’ from Sainsbury’s supermarket.

An additional heat was the long-awaited revenge match between Rhyl lifeboat crew and the Jetski club.

Last year, the Jetski club were sunk by the lifeboat crew and have spent the past 12 months plotting the return match.

The ‘battle’ took place with the crew as pirates, and the club as knights.

All manner of foul and devious tricks were played on both parts, and the Jetski club came out victorious, demolishing the RNLI charity’s raft, forcing the occupants to swim to shore! 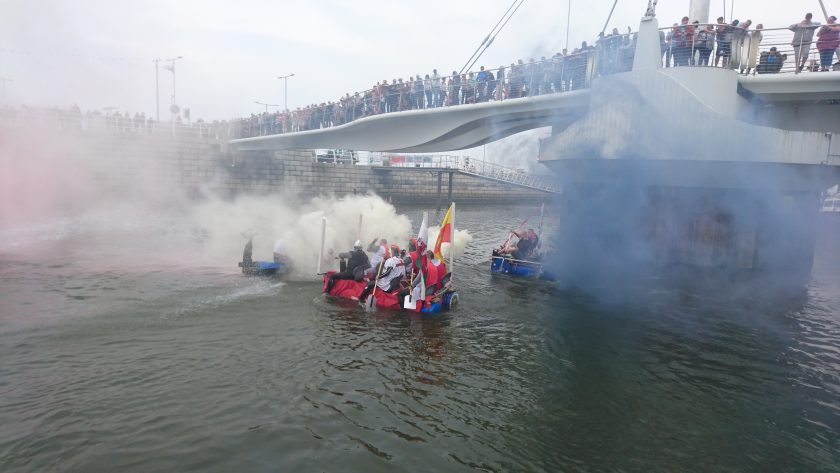 “Once again, the Rhyl RNLI raft race has been very successful, and has raised money to go towards the new Helly Hansen kit, which the crew received the week before.

We are very grateful to Cllr. Sampson for his donation, and we are proud that the raft race has become a firm favourite in the Rhyl events Calendar.

Thank you to all who donated and took part, see you next year!’