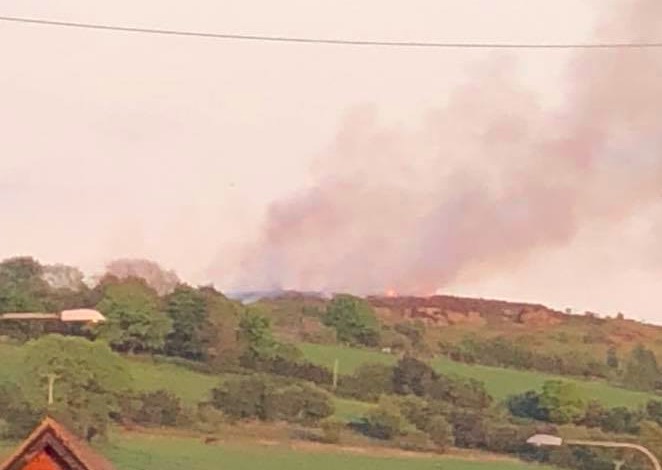 Firefighters are tackling a what looks to be a large gorse fire on Hope Mountain.

Appliances from Deeside, Mold, Wrexham  and Llangollen were sent the fire, its not known at this stage the cause of the blaze.

Jim Berry said on Facebook “Just come from the far end of Waun y Llyn, fire engines going up and plenty of police. Was still burning, moving along the Llanfynydd side of the park. Much more in control, but it looks like little fires will keep springing up for a while.  Don’t think it’ll spread out of the heather on the very top.”

Local Councillor David Healey said “Tragically this has all the hallmarks of deliberate fire setting. Great pity. If this is found to be the case we will need involvement of the Arson Reduction Team.”

First reports of a fire on began to emerge just before 8pm, Delywn Ellis who captured the footage below said he has major concerns for the nesting birds who have lost their habit.