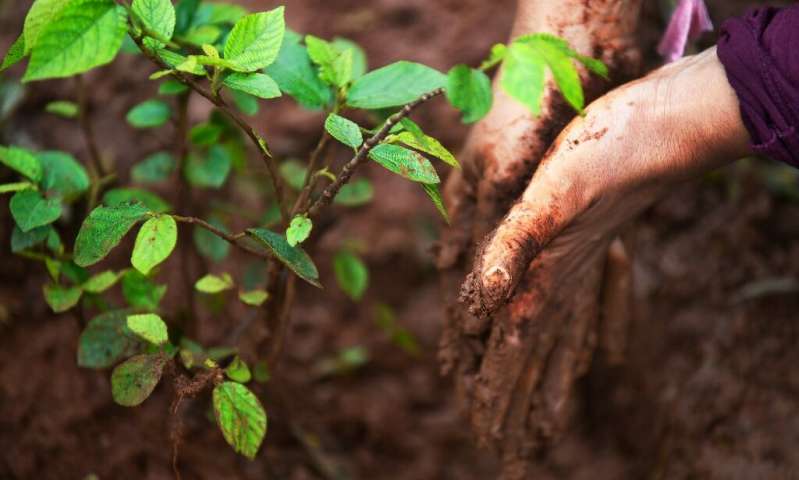 Extra tree planting and the creation of large renewable energy developments could be used to tackle the major risk posed by climate change in Flintshire.

The Welsh Government has set local authorities the ambitious target of becoming carbon neutral by 2030.

Flintshire Council has already taken a number of steps to reduce its footprint, running two solar farms on closed landfill sites in Buckley and replacing street lights in the county with LEDs.

It is now aiming to ramp up its efforts to address global warming after a senior officer warned of the damaging impact it could have in the county.

In a report, Andrew Farrow, the authority’s chief officer for environment, said: “The impact of human activity on global warming is accepted as significant and will require immediate action to mitigate the potential catastrophic global events including higher temperatures, severe weather events and rising sea levels.

“Flintshire will not be immune to the impact these global issues have on food supplies and economic stability, but will also feel the effects of global warming more locally and directly, with more regular flood events likely and higher summer temperatures, leading to higher mortality rates for older people.

“The question then arises about how the council responds appropriately.

“One significant step that the council can take is in relation to balancing its emissions of carbon, known as achieving carbon neutral state.

“The scale of this challenge is significant and for the council to achieve a net carbon zero position will require a different approach to be taken to our existing.”

The council first launched a programme aimed at reducing carbon emissions in 2008 and has halved its energy use since then.

It is now set to undertake a full review of its carbon footprint by looking at the buildings it uses, as well as vehicles and how services are procured from third parties.

Mr Farrow said the assessment would be completed by the end of March next year, but insisted the authority would not be resting on its laurels in the meantime.

He added members of the public and businesses would also need to change their behaviour to protect the environment.

He said: “We’ve undertaken lots of proactive work which is reflected within the papers we’ve got here in terms of what we’ve done going back ten years.

“One of the best things you can do to reduce your carbon footprint is to plant trees and we’ve got an ambitious programme and money put aside to deliver that tree planting programme across our estate.

“The most important thing is the role of the council as an influencer as well.

“Our footprint is relatively limited when you look at the rest of Flintshire.

“The key thing is how we influence not only the general public, but also the industry out there as well to address their footprint.”

Senior councillors will be asked to support the measures outlined at a cabinet meeting being held tomorrow .