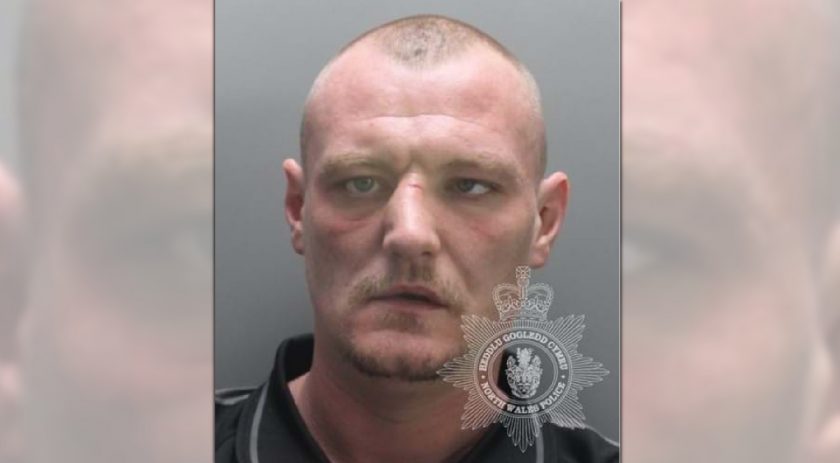 A “reckless and irresponsible” driver who led police on a pursuit along the A55 in Flintshire whilst over the drink drive limit has been jailed.

Spencer Joseph Morris from Oldham drove away from police after they tried to stop him on the A55 between Rhuallt and Holywell.

Police received a report just before at 9.57am on the morning of August 8 that a VW Golf was being driven ‘all over the place’ along the A55.

Officers from the Roads Policing Unit made to the location and found the car and “illuminated” for it to stop.

It failed to stop and the vehicle continued before coming to a stop on Gors Road in Towyn shortly before 10am.

Appearing before Caernarfon Crown Court last week, Morris, 31 – who was charged with various driving offences including drink driving and driving without insurance – was sentenced to 12 months imprisonment, disqualified from driving for 3 years 6 months and ordered to take an extended re-test and also ordered to pay a victim surcharge of £156.

PC Martin Done of the Roads Policing Unit said: “Morris’s driving was reckless and completely irresponsible that morning and it was only by good fortune that no one was seriously injured or killed.

“Choosing to drive when impaired by alcohol is dangerous and unacceptable.

North Wales Police are committed to making the roads safer and have a robust strategy around enforcing the ‘Fatal 5’ offences which includes drink driving.

We are also about to begin our annual Christmas Anti Drink and Drug Drive Campaign and motorists who choose to drive whilst under the influence should know that we will be out waiting for them.

“Hopefully the sentence given to Morris will act as a warning to others that these actions are dangerous and have serious consequences.”