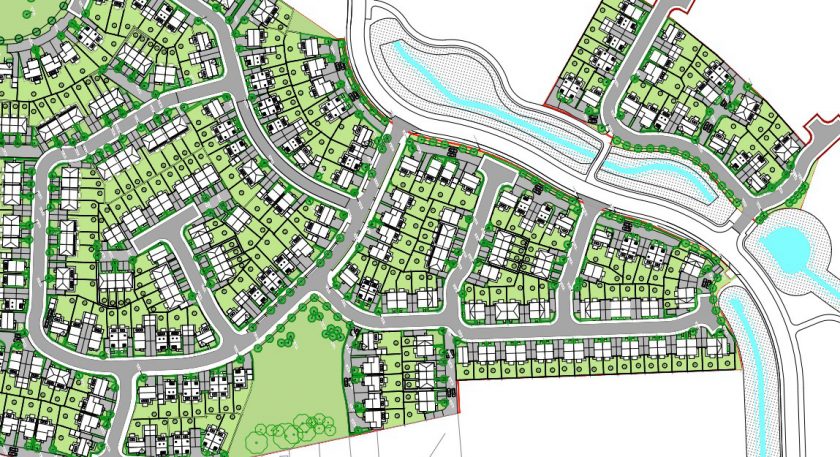 Developers are looking to make a start on creating almost 300 new homes on a former airfield in Deeside after entering the final planning stage.

Permission was first granted to allow construction at the former RAF Sealand South Camp on Welsh Road in Sealand in 2012.

It forms part of the £95m Northern Gateway project, which also includes a major retail and commercial park.

Preparation work started on the site in the autumn following the construction of a £3.1m road network funded by the Welsh Government.

Countryside Properties PLC and Crag Hill Estates have now entered an application seeking approval of the access, appearance and scale of the 283 property development.

Cllr Christine Jones (Lab), who represents Sealand, said the new homes were needed in the area.

She said: “It’s been in the pipeline for over 20 years from when the Ministry of Defence first sold the land.

“I’m just glad there’s progress being made as we need houses.

“This is the really the start of a big ongoing project now.

“Fair do’s to residents, they’ve put up with an awful lot at the start of this development, but they’ve been really good and there’s hardly been any complaints.
“Now the houses are due to be starting they can see progress and it’s all been worth it.”

The RAF base was formerly used by the Ministry of Defence for training purposes and included a number of military buildings, hangars and access roads.
The use of the site stopped in 2006 and the remaining buildings were demolished in 2011.

The first phase of houses will be built over an area of approximately 18 acres.

According to Countryside Properties, it will include a mixture of two, three and four bedroom homes targetted at families.

In a planning statement, they said: “The Airfields site forms part of a long-standing aspiration of Flintshire Council to bring forward comprehensive, mixed-use redevelopment in this area known as ‘the Northern Gateway’ to take advantage of the strategic location and availability of previously developed land.

“The development being proposed will therefore continue to build on the momentum to deliver the wider outline site, acting as a catalyst for subsequent phases.
“The principle of residential development at the site has already been established through the outline planning permission

“The proposal represents an attractive, high quality scheme which respects the overarching development brief for the wider outline site and will make a significant positive contribution towards housing needs in the area.”

Flintshire Council is currently inviting comments on the proposals via its planning website – here.

Any feedback should be submitted before March 22, 2019.

The authority is aiming to decide on the plans by early April.