Park in the Past takes a step forward 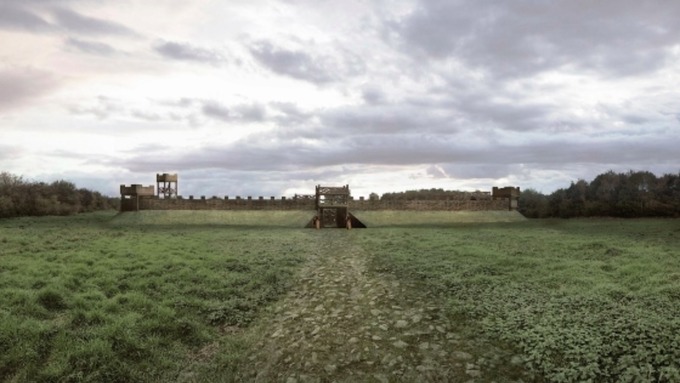 Plans to transform a disused quarry into a major tourist attraction with a Roman fort look set to take a further step forward.

It comes after the Park in the Past community group has entered an application addressing the final conditions which will allow their ambitious proposals for the Fagl Lane quarry, near Hope, to progress.

The community park would include a fully functional Roman fort, an Iron Age farmstead and state of the art visitor centre.

It also includes plans for a number of activities, including watersports, horse riding, fishing and education.

Setting out their vision for the park on the Park in the Past website, the organisation said: “We want to create a unique window into the past so that visitors can step back in time and see how our ancestors lived.

“We want you to join us to work with University-based experts to build a fully functional Roman fort and an Iron Age farmstead set within the original environment, which will be sustainably managed to allow us to supply, maintain and operate these facilities using locally produced materials and produce.

“We want to support and encourage experimental archaeology and original research into how these buildings were used by the people who lived in them.

“We aim to build a state of the art visitor centre which will provide modern facilities for the community and visitors, telling the story of Park in The Past as part of the Alyn valley and Flintshire’s rich heritage.”

The proposals were originally given the green light by Flintshire Council in December 2016.

The planning permission is subject to 33 conditions, which the group has addressed in a series of documents submitted to the planning authority, dealing with traffic and ecology issues.

They launched their first crowdfunding campaign in June 2018 to raise £20,000 to start to build the main gate tower of the Roman fort.

In less than four weeks, they reached their target and are hoping to raise £2 million in total in order to transform the former quarry.

In a report, they added: “Park in the Past plan to implement a scheme that will bring the site into a use as an historical, educational and environmental visitor attraction and country park based around the creation of a Roman fort together with a small Iron Age settlement.

“The project would also involve the management, restoration and recreation of various wildlife habitats within the site.”
By Liam Randall – Local Democracy Reporter.