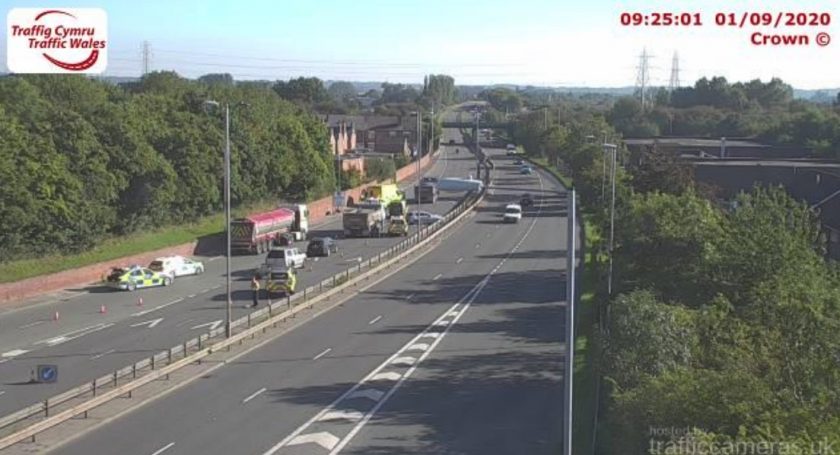 Update: All lanes are back open and traffic has clear.

Earlier report: Delays are building on the eastbound A494 in Queensferry following a collision involving a car and lorry.

Latest traffic report states: “Two lanes closed and very slow traffic due to accident, a car and a lorry involved on A494 Aston Road Northbound after A550 Gladstone Way (Queensferry / Sandycroft Turn Off). Congestion to A55 J34 (Ewloe).

Traffic was temporarily held for around 20 minutes just after the entry slip. Lane one and three (of three) is closed and one lane is open to allow traffic to pass. Camera shows the car involved has hit the central barriers. Travel time is around 30 minute..”

It’s understood a car has hit the central barriers.

Emergency services are on the scene.

There’s around 1.5 miles of queuing traffic back up to Aston Hill.

2 lanes blocked due to collision.

Traffic can pass with care using the on slip.