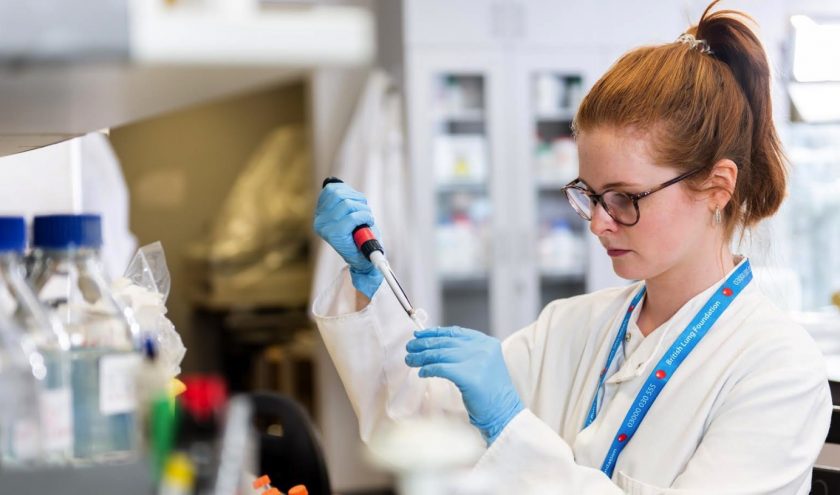 Research into a lung disease which affects more than 32,000 people in the UK has taken a major step forward following a donation from the charitable arm of Deeside based supermarket chain Iceland.

The Iceland Foods Charitable Foundation (IFCF) has today announced it will be giving £100,000 to the British Lung Foundation (BLF) to support research into idiopathic pulmonary fibrosis (IPF).

IPF is a little-known lung condition for which no known cause has been identified. It results in abnormal levels of scar tissue spreading within the lung, which causes the lungs to harden. The scar tissue makes it harder for the lungs to inflate and restricts oxygen flow into the bloodstream, making it much harder to breathe.

IPF kills around 5,000 people in the UK each year. It has no cure and on average people survive for less than three years after being diagnosed with the condition.

The funding will help to establish the first IPF Network of Excellence, a collaborative research network bringing together researchers from multiple scientific disciplines.

Drawing on academic and clinical expertise from the UK and internationally, the Network of Excellence will apply new approaches to find out what causes IPF and to find treatments which can stop IPF in its tracks.

“Many of us will know someone who is personally affected by lung disease, but I was particularly shocked to hear about what IPF does to the lungs and how people have to struggle against this cruel condition.

“It’s unacceptable that we have a disease which kills thousands of people every year, yet we don’t know exactly what causes it. We need to invest in research urgently to improve the lives of people who are living with IPF now.

“I’m delighted to pledge our Foundation’s support as a founding donor for the BLF’s IPF Network of Excellence. Our £100,000 commitment to the only charity looking after the UK’s lungs will hopefully lead us much closer to the cure that could save thousands of lives every year.”

Welcoming the donation, Ian Jarrold, Head of Research at the BLF, said:

“We’re very grateful to Sir Malcolm and the Iceland Foods Charitable Foundation for this incredible donation, which will hugely enhance our efforts to find a cure for IPF.

“IPF devastates far too many lives in the UK, robbing people of breath and families from time spent with their loved ones. IPF kills more people every year than leukaemia, yet we still know far too little about this disease and what can be done to stop it.

“Investing in research is critical to beating this disease and, with Sir Malcolm and IFCF’s support, we will be able to harness the wealth of talent among researchers working on IPF to bring forward the day where no-one is left breathless from it.”