Election 2019 LIVE - This page should update automatically without hitting refresh! 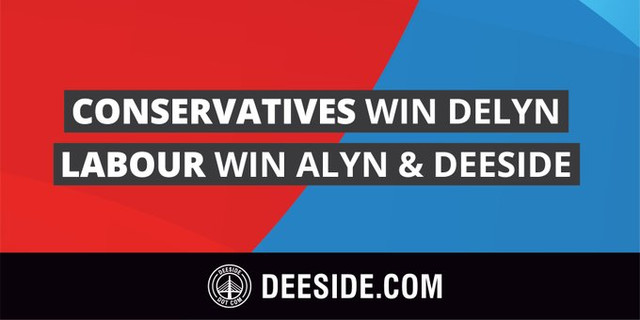 Labour has been left with just one seat in North Wales following the party's worst election result for 90 years.

Mark Tami hung onto to his Alyn and Deeside seat with the narrowest of margins but it took a recount in Coleg Cambria's sports hall in Connahs' Quay to eventually decide the result.

Delyn has a new MP, Tory Rob Roberts beat Labour's David Hanson by over 800 votes in a seat which he been held since 1992.

David Hanson said, “it has been a privilege to do this job for 27 years and I will miss it tremendously

I'm proud of what I stood for, I think Brexit was a bad idea and a terrible idea for the people of Delyn, I stood on that and if I've lost on that I'm still proud I held true to my principles.“

The initial count was so close Conservative party candidate Sanjoy Sen was offered a recount by returning officer Colin Everett which he duly accepted.

Even the recount didn't convince Mr Sen who asked for the bundles to be checked and following that the two candidates shook hands and Mr Tami was declared the winner at around 4.30am.

Mark Tami returns to the Alyn and Deeside seat which he has held since 2001, he said, "We've obviously suffered a very bad defeat and I've lost many colleagues, I've just about hung on,"

"There are a number of issues - Brexit was an issue, the leadership of the party was an issue and we really have to look at ourselves and decide which was we go forwards.

Very close result across the border from Chester.

Reply our live video feed from the count which took place at Coleg Cambria :

Where is the normal Deeside.com site?

The full site will be back later today. The election result is the local big news of the day!