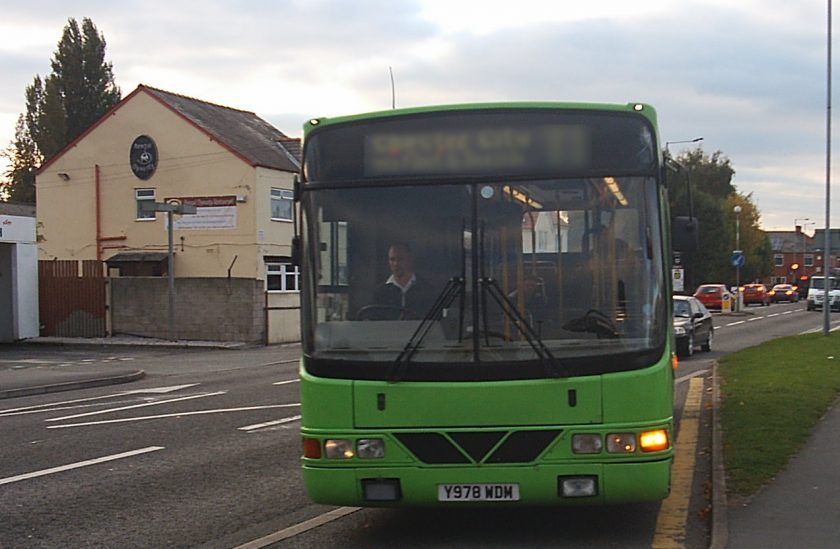 A leading Flintshire councillor has moved to calm fears over a review of subsidised bus services.

In recent weeks, a number of town councils have slammed Flintshire Council’s decision to continue providing financial support to services on its core network, but introduce alternative arrangements elsewhere.

Some town councils and bus operators claimed that it would result in the loss of some non-core routes which are currently subsidised.

However, Cllr Carolyn Thomas, the authority’s cabinet member for Streetscene and countryside, has pledged than none will be lost as a result of the changes, but admitted they might run less regularly.

Companies running subsidised services not on the core network will have the choice to continue operating them without financial support or see them taken over by smaller minibuses run by either the local authority or an alternative provider.

Cllr Thomas said the council would continue to provide the current sum of £500,000 towards subsidies, but wanted to use the money more effectively.  She said:

“We don’t want to worry people unnecessarily because we don’t want to cause concern, especially for elderly people who think they’re going to lose their bus.

One lady came to me in tears because she thought she was going to lose her bus service.

We want to get the fact out there that we are looking to still provide them with a scheduled service.

Some of these services are subsidised by a six-figure sum in some cases, which is a lot of money to subsidise just one service when there aren’t many people getting on in the day and that is why we are doing things differently.

Cllr Thomas said changes to 13 bus services which are not on the core network will be introduced in three phases.

During the first phase, the Stagecoach 9/X9 service from Mold to Chester/Wrexham will be withdrawn from October, but changes are being made to introduce new services to the areas affected.

As a result, the number eight service from Mold to Sealand Manor will be extended to serve Llwyni Drive and Wepre Drive in Connah’s Quay.

Meanwhile, options are being explored to include Northop Hall on other routes and minibuses will be introduced to link Higher Kinnerton, Hope and Caergwrle to Broughton.

Two further phases will start in both January and April 2019, although how those services will be provided in future has yet to be decided.

Cllr Thomas added  the closure of GHA Coaches in 2016 had caused significant issues for Flintshire’s bus network, but said she hoped the review would protect the future of services. She said:

“It is quite a radical solution so we’re being quite brave because this is something that impacts all areas across the country.

When GHA collapsed it left us so vulnerable because they provided lots of school services, as well as the public services.

The impact was it would cost us £695,000 to try and replace the services.

It is a worry so that’s another reason why we have to do something like this to make it more sustainable for operators and for the users as well.”