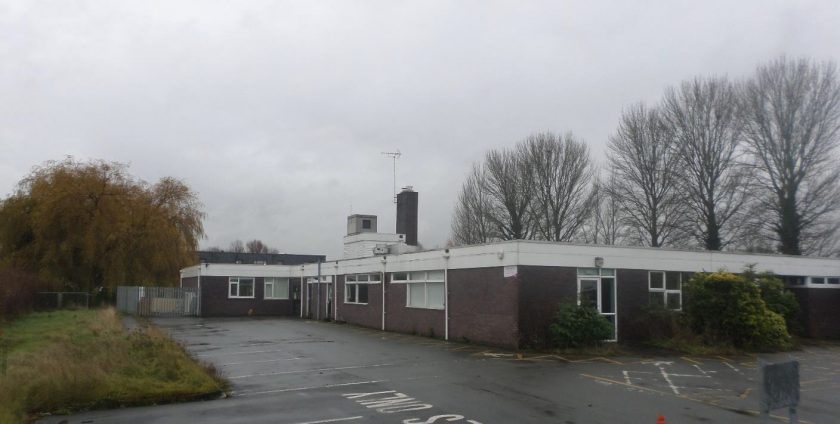 A local authority has warned the relocation of a homeless shelter could take up to three years after concerned parents demanded for it to be moved.

More than 160 people have signed a petition calling on Flintshire Council to move the Glanrafon Homeless Hub from its current location next door to Queensferry Primary School.

It follows complaints that parents and children have been left feeling intimidated by the behaviour of some people using the facility.

Allegations have been raised regarding drugs being hidden in bushes near the school, while a man who was said to be under the influence of illegal substances was recently found asleep in the school playground.

The facility was set up at the former day centre in Queensferry last year to provide 24/7 support to rough sleepers after a rise in homelessness during the coronavirus pandemic.

The local authority has now responded to the concerns by clarifying that the hub, which is managed by the Wallich charity, was only created as a temporary arrangement and different locations are being explored in the long term.

However, a senior official has stressed that incidents relating to the shelter are “rare”.

In a statement, Neal Cockerton, the council’s chief officer for housing and assets said: “Homelessness is an issue common to communities throughout the United Kingdom and if not addressed effectively can have a profound and long lasting impacts on individuals and the wider communities within which they live.

“Following consultation with local stakeholders including the school and members, the facility was originally commissioned as a night shelter in January 2020 to provide accommodation for people sleeping rough in the county.

“However, the growing demands on the service due to the coronavirus pandemic required a move to provide temporary 24/7 accommodation for people using the facility.

“We have, from the beginning, always worked closely with the local school, the Wallich, North Wales Police and neighbourhood wardens in the delivery of services to the homeless at this location.

“It is important to note that over the last twelve months incidents of anti-social behaviour within the local community that can be attributed to people living at the homeless hub are very rare.

“Where incidents have occurred, they have been dealt with swiftly and firmly, in conjunction with North Wales Police.”

Since the homeless hub was created, it has received more than 215 referrals due to people needing emergency accommodation.

The council said the main reasons for referrals have included relationship breakdowns, “sofa-surfing” and individuals leaving hospital or being asked to leave their homes.

Staff are based at the site to help people open bank accounts, find work opportunities and reconnect with family members.

They also support them to deal with private landlords and attend health appointments.

Mr Cockerton said: “Despite the success of the homeless hub, the Queensferry site was never meant to be a long-term option and work is underway to identify alternative sites in towns across the county from which we will deliver emergency accommodation and support services in the future.

“We also aim to identify at least one site where we could mirror the triage and support approach taken at the homeless hub but, it is likely to take at least three years to deliver this facility.

“This approach will ensure that our service users would be placed in communities across Flintshire with the appropriate multi-agency support provided where appropriate and would meet the Welsh Government’s future expectations for homeless services.”