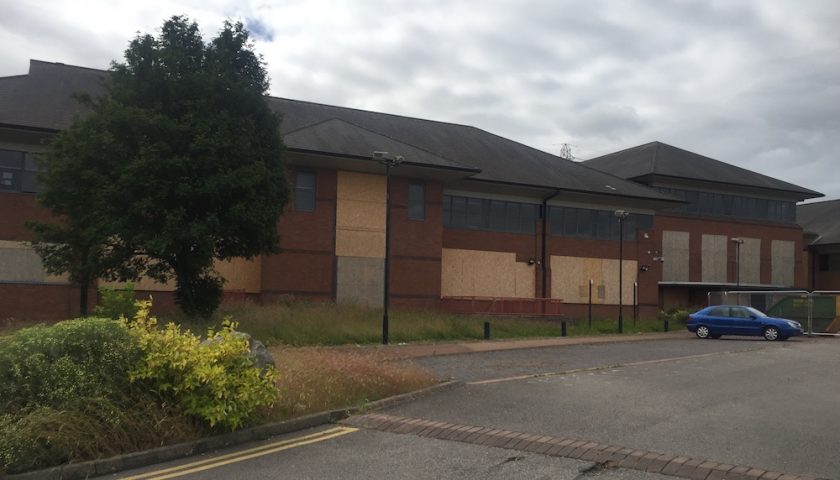 An office complex in Ewloe which would have cost taxpayers £700,000 a year just to keep unoccupied will see staff from Flintshire County Council’s Mold HQ start to move in later this year.

Unity House on St David’s Park was originally home to Alyn and Deeside council before Unilever took on a 15-year lease, it was used as an IT Centre by the consumer goods giant.

The building which is owned by Flintshire County Council was put on the market from nearly £5m but didn’t sell, it has remained vacant for a number of years and has seen several traveller encampments set up on the car park.

The Ewloe office complex became the council’s responsibility once again when Unilever’s long-term lease ran out in July 2016.

The authority is now set to move a range of services from County Hall in Mold to Ewloe after reducing the amount of corporate office accommodation it needs by around 40%.

That has left just phase one and two of Mold’s County Hall occupied, the council’s cabinet recently approved funds to demolish phases three and four of the 50-year-old campus.

It’s expected a large number of Social Services, Planning and Environment, Education and Contact Centre staff will start making the move from Mold to Ewloe in October.

A report to be discussed by Councillors states Unity House is in “good condition, is light and spacious, and has a good number of meeting rooms and won’t need any significant alterations to its design.”

The building, which has parking for 319 vehicles – won’t be fully occupied initially, the council says it will “review how the building operates after the first moves are complete and consider whether to use the building to its full capacity,” – this could eventually see all council related services move to Ewloe.

The authority hasn’t said what plans it has for civic services and council chambers currently based at County Hall, a potential merger with Wrexham council, which the Welsh Government is pushing for – would be pivotal in any decision.

Remedial works needed to relocate the workforce into Unity House have been progressing throughout Spring, building work is expected to be completed by August, design and fit out by September in readiness for the staff move.

The report to be discussed by the Organisational Change Overview & Scrutiny Committee next Monday states:

“The Overall move will make the council an annual revenue saving and the one-off costs of making the move are being contained within existing budgets.

The savings and expenditure will be monitored on a regular basis to ensure this is the case.”