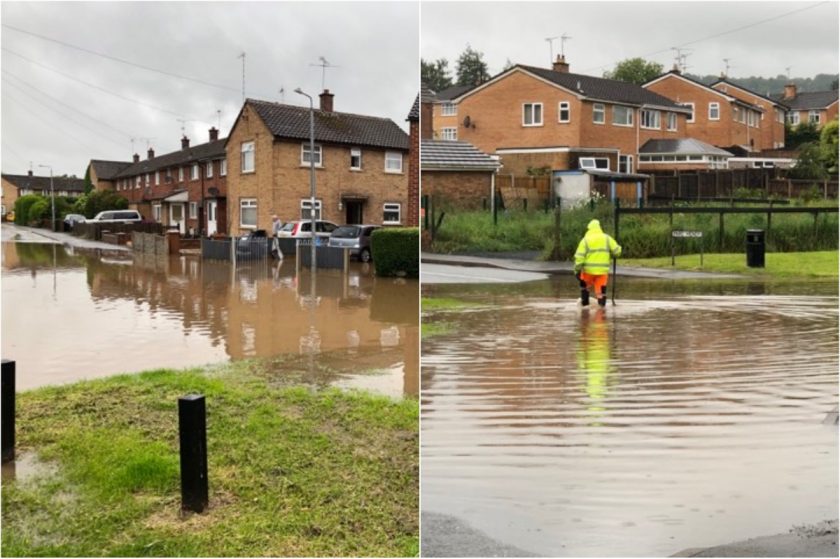 Flintshire County Council has said its staff have been out all night and has extra resources across the County today to deal with any localised flooding issues.

Prolonged rainfall and heavy showers had lead to local flooding and disruption to transport, a number of flood warnings have been issued across the region.

Yellow warnings are also in place for rain in Flintshire for Wednesday and Thursday.

Nearly 60mm of rain has fallen in Deeside in the past 48 hours – the average total rainfall for June is 70mm.

A council spokesman has said “Sandbags are ready for deployment if required.”

· Stretches of the A548 Flint to Denbighshire border

· Bagillt High Street is currently closed due to flooding

· A541 Mold-Denbigh Road is flooded but passable with care at the moment.

Map shows where flooding is affecting roads in Flintshire. 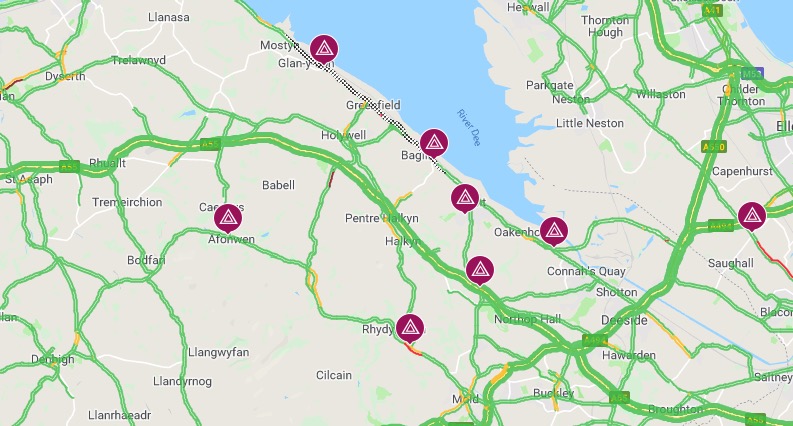 The council says all waste and recycling services are operating as normal today and all Household Waste & Recycling Centres are expected to be open as usual today at the normal hours of 10:00am – 6:00pm.

There has been some disruption to school transport this morning and “some transport services may be delayed or not operate.”

“After a day of significant rainfall yesterday, England and Wales will continue to see continued rain as the front moves further north with heavy and potentially thundery showers developing in the south through the afternoon.

The development of weather conditions leading to thunderstorms and intense rainfall can happen extremely quickly, creating a challenge for forecasters.

We have been able to indicate the likelihood of further spells of heavy rainfall for the rest of the week, but the exact details will remain uncertain until nearer the events.

Severe weather warnings are in place and there is still the possiblity of surface water flooding and disruption.

We will update warnings accordingly, but we urge people to continue to check the forecast and the app for updates during this period.”