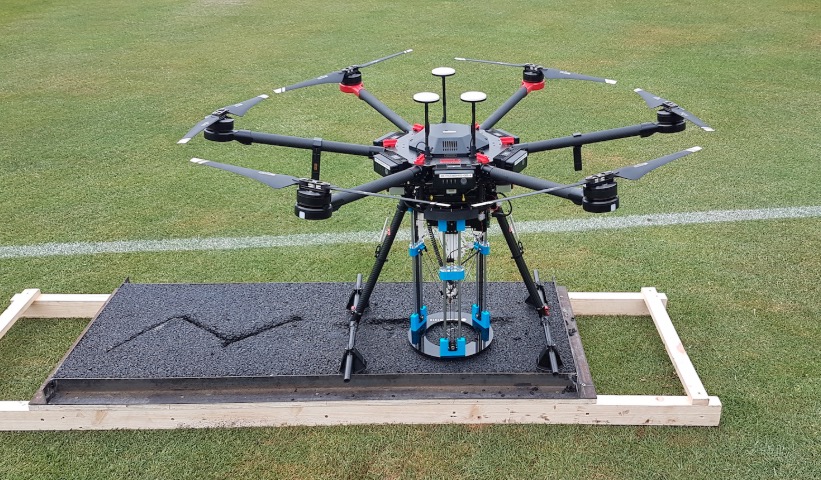 Question have been raised over whether drone technology could be used to tackle pothole-ridden roads in Flintshire.

It comes as concerns have been highlighted about the time it takes to repair damaged roads in the county, with a current backlog of £40 million.

Backbench councillors have voted in favour of a policy which will see the target time for fixing some potholes increase.

The innovative solution was suggested by Connah’s Quay Golftyn councillor Paul Shotton in response to some of the delays raised during an environment scrutiny committee meeting.

In England Leeds City Council is among those hoping to pioneer the concept which has been described as ‘self-repairing cities’.

Cllr Shotton (Lab) said: “With technology moving forward, should we be considering the use of drones to aid our area co-ordinators?”

In response Steve Jones, Flintshire Council’s chief officer for Streetscene, said: “I’ve never heard of that before, but we do have quite detailed electronic equipment that drives the roads and picks up the defects using lasers.

“We also have another set of tests that picks up the skid resistance of the roads.

“I’ve made a note of it though and will look into that.”

Under the scheme outlined over the border, drones would be used to find cracks and to fix them before they become potholes.

Working mostly at night, they would be equipped with a 3D printer to spray asphalt into the defect.

During the meeting Flintshire councillors backed proposals which will see the target for repairing potholes of more than 40mm go up from three days to five, although those posing a serious danger will still need an immediate fix.

The change was made despite several local representatives expressing concerns regarding their areas.

Cllr Owen Thomas (Con), who lives in Cilcain, said: “I’m very concerned when you look at the minutes of community councils and see list of potholes that have been on there for months and nothing’s been done about it.

“On Wheeler Hill to Lixwm the potholes are atrocious and on the minutes of the community council they’ve been listed since May and nothing’s being done about it.

“Unfortunately you seem to keep changing the co-ordinator for our area so we can’t keep up.”

Cllr Chris Dolphin (Lib Dem) added he was aware of one road with more than 100 potholes on it.

However, Carolyn Thomas, cabinet member for streetscene said the council did not have enough staff to keep up with with demand.

Cllr Thomas (Lab)  said: “We’ve only got so many operatives that do the potholes.

“It is an issue and they are doing the best that they can.

“The reports are coming back to say a lot of our main roads are in a good condition now, so we need to go round the rural roads because I’m still concerned there are a lot of potholes out there.”

The new policy will need to go before cabinet members before officially being approved.

A team at University of Leeds, is designing a drone platform that is capable of finding cracks in roads and repairing them using an asphalt 3D printing nozzle – picture: print-rite-europe