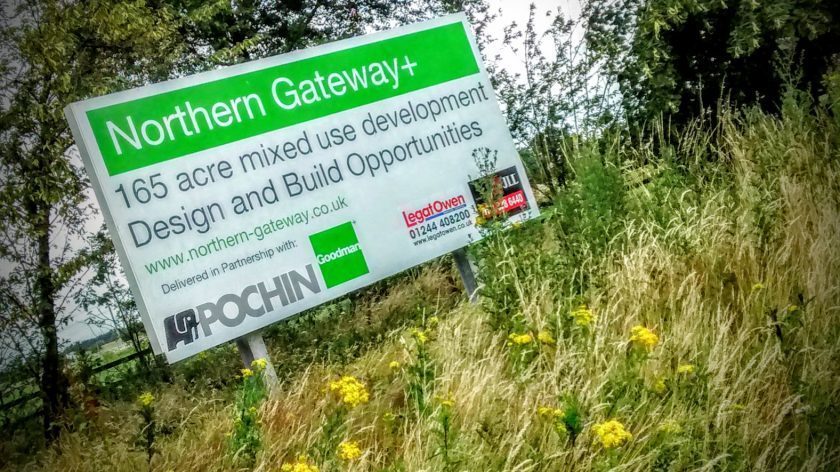 Concerns have been raised after a local authority was accused of relaxing its policies in order to allow a major housing development to move forward.

Detailed proposals for 283 new homes at the old RAF Sealand South Camp were approved by the majority of members of Flintshire Council’s planning committee today.

It came despite some councillors expressing strong objections to council officials lowering the amount of affordable housing required from 30 down to 10 per cent and not seeking money to ease pressure on school places.

The authority’s own education department had asked for a contribution of £674,000 from the company behind the scheme to create more space at Sealand Primary School.

However, senior planning officers signalled their intention to move away from their normal guidelines as they said a financial viability assessment had been put forward showing Countryside Properties could not afford to pay such a large amount.

They added that granting permission was essential to allow work to begin on the long-awaited Northern Gateway project – a £95 million regeneration scheme which includes more than a thousand houses, along with a major retail and commercial park.

While members of the ruling Labour administration ensured the plans were voted through, opposition leaders expressed disquiet that the assessment used to justify the departure from policy was not made public.

Speaking during the debate Cllr Mike Peers, leader of the Independent Alliance group, said: “We’re told the application is supported by a financial assessment, but where is it?

“It talks about construction costs, the benchmark land values, the site acquisition, estimated sales and marketing and, of course, we mustn’t forget the developer’s profits.

“It’s all at the expense of cutting back on the affordable housing and totally unacceptable chairman.

“The point I’m trying to make is that whatever the viability costs are on this particular site, we don’t know what they are because no-one has bothered to put the figures in there.”

Cllr Peers called for the proposals to be deferred for the cost figures to be provided, but was told they were commercially sensitive.

He was supported by former Labour deputy Bernie Attridge, who now leads the Flintshire Independents.

He said: “Where are all the kids going to go when there’s no contribution?

“The education department wanted near enough £700,000, but we’re told no because of the viability.

“Surely anyone purchasing the site should be well aware of what the up front costs are going to be to transform the site.” 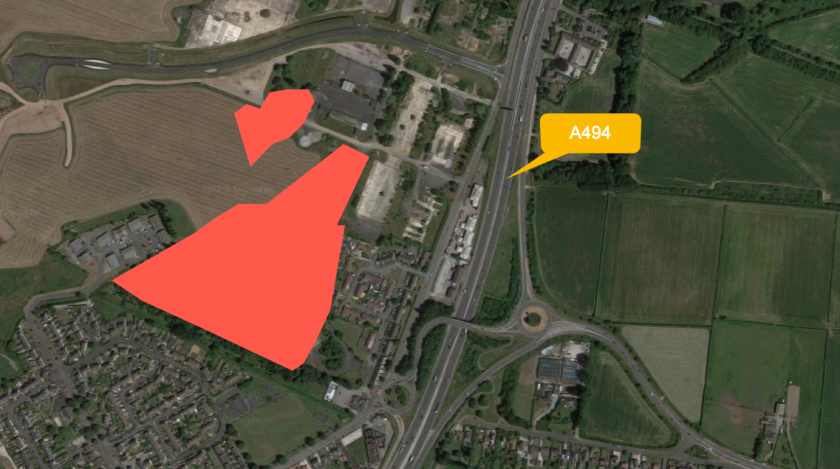 In response, officers said the principle of developing the site had already been established when outline permission was granted in 2012.

Preparation work began last autumn following the construction of a £3.1m road network paid for by the Welsh Government.

Councillors were told it would be hard to justify asking for money for the primary school because there was currently no land available to create extra space.

However, the construction of houses for a separate part of the gateway project is expected to result in a plot being gifted to the school to enable future growth.

He said: “Around 20 per cent of the housing requirement in the LDP is tied up in this site.

“What has to be done, and it’s why there’s been such a delay in the site coming forward, is we have to develop developer confidence and investment confidence in this site.

“That’s what you’ve now got with this applicant, who’s stepped up, had a look at this site and said we can be the first in and start something happening here.

“That’s a very valid consideration for you in terms of the momentum it creates for this site and demonstrating the deliverability of housing.”

He said: “The information before us has been assessed by officers and they’re trying to nitpick on some of that information.

“Let’s address this issue and get on with it and make things happen in Flintshire.”

At the end of the meeting a majority of councillors voted to back the proposals.