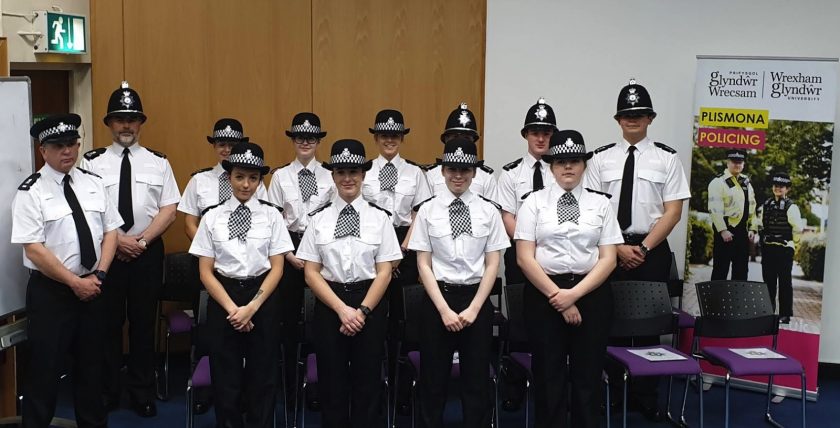 The ceremony – known as an attestation – was held at the university and saw ten first year students on the university’s Policing degree formally awarded the role.

Special Sergeant Crawford said: “From today, our students – and Darren and I – will be out there in uniform, working alongside Police Officers and PCSOs in North Wales Police and carrying out their duties. 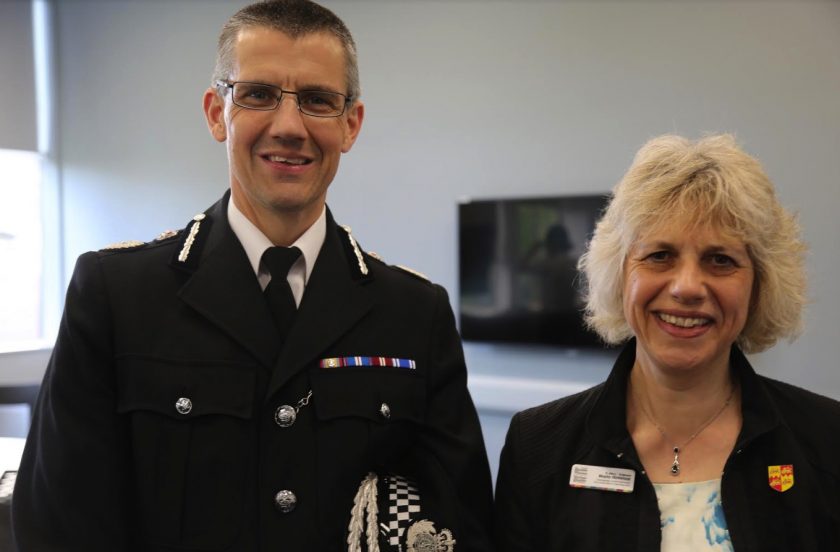 “The life of a Special is as varied as that of a Police Officer, and our students can expect to find themselves investigating anything from rural crime to road safety, assisting with major events across North Wales – and helping to keep their communities safe.

“For our students, this first-hand experience is hugely important in shaping their understanding. For both Darren and I as lecturers, both of whom have served as officers with North Wales Police, becoming specials enables us to keep working to serve our region and to keep up-to-date with the latest developments in the force by working alongside officers on the ground.”

During the ceremony, Special Chief Officer Mark Owen described how well the students had performed on a recent exercise at the force’s Rhewl firing range and training complex – where they faced a series of simulated incidents including tackling an armed suspect and dealing with a  distressed individual.

He added that – having worked alongside Glyndwr lecturers to devise a policing degree – seeing students from that degree become Special Constables was a moment that he, the university and North Wales Police could be very proud of.

Those sentiments were also echoed by Chief Constable Carl Foulkes, who said: “I think it is really terrific that Glyndwr is so engaged with us as a force and work with us so closely. Being able to utilise the university’s staff and students in this way, to bring that support back into the community – it is a really positive thing.

“This is my first visit to the university and the first time I have met students on its policing degree – but what I have seen has been really good.”