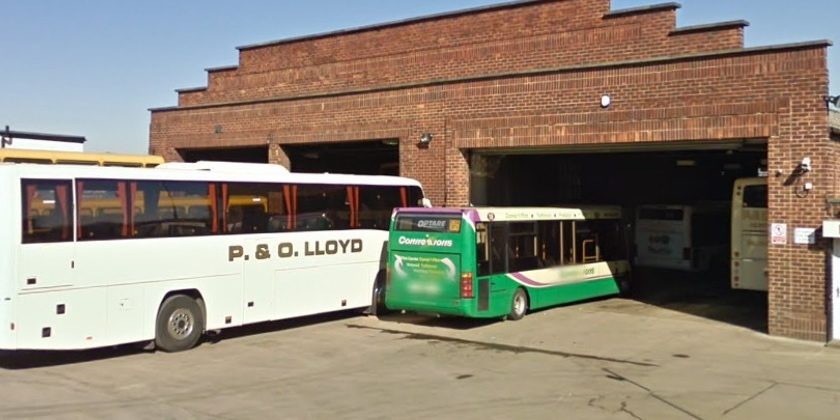 A bus company which is fighting a council’s demand for it to stop storing vehicles on land in Flintshire has put forward revised proposals in a bid to gain approval.

P&O Lloyd Coaches launched an appeal to the Planning Inspectorate earlier this month after it was told to end its use of an agricultural field near its coach yard in Bagillt and remove an area of hardstanding.

Flintshire Council said it did not have permission to use the land on Bagillt Road and a previous application was rejected because of the flood risk and impact on neighbours.

However, the firm has now submitted another set of plans to the local authority covering a reduced area in the hope of resolving the dispute.

In documents submitted with the latest application, they said conditions could be imposed to protect the living conditions of nearby residents and claimed the flood risk was only ‘minor’.

They said: “P&O Lloyd Coaches is entirely agreeable to the imposition of planning conditions to control activity within the site which is the subject of this planning application to prevent the starting and movement of vehicles within it other than between the hours of 7am to 8pm.

“Given the context of the existing lawful coach depot and with such controls in place, it is asserted that the noise levels associated with vehicle movements within the subject site between the hours of 7am and 8pm would not be unsociable and would not unacceptably harm the living conditions of the occupiers of nearby dwellings.

“The earlier application was refused due to concerns relating to surface water flooding.

“The application site has been reduced to some 240 square metres.

“As such, it is considered to be a ‘minor extension’ of the existing site as defined by Natural Resources Wales.

“It therefore follows that any such impacts in flood risk terms are deemed to be ‘minor’ and a flood consequences assessment is not required.”

The local authority is aiming to make a decision on the proposals towards the end of next month.

The appeal lodged with the Planning Inspectorate will be heard separately at a later date.